By Mo Yelin and Younghyun Jeon 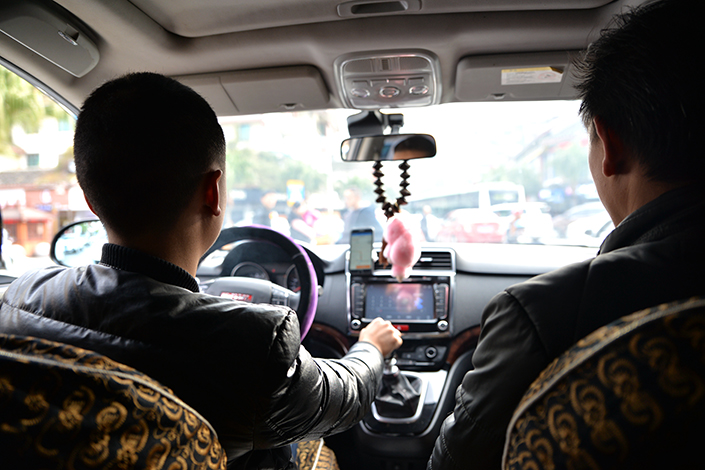 A Didi Chuxing driver takes a passenger to their destination in Zunyi, Guizhou province in 2016. Photo: IC

A South Korean asset management company is reportedly planning to inject $263 million into China’s ride-sharing leader Didi Chuxing, a deal which could mark the first major investment by a South Korean capital fund into a Chinese startup.

An inside source told Caixin that Didi’s corporate investment team is looking for strategic partners to fund the firm’s expansion, but declined to verify the Naver report.

Mirae, which has a presence in the Asia Pacific region and in major developing markets across the globe, managed assets worth over $389 billion as of December.

Didi, whose valuation reached $56 billion after a $4 billion fundraising round in December, counts Japan’s Softbank Group as a major investor.

The move came after Didi said it plans to raise $1.58 billion to expand its vehicle fleet for its car-leasing business earlier this month.

Didi, which is now the country’s undisputed car-hailing leader with over 90% of market share, is increasingly facing competition from new entrants to the sector, who have leapt at the chance to crack Didi’s monopoly.

Meituan has said it will roll out the service soon in at least seven Chinese cities including Beijing, posing a direct challenge to Didi.

Other new players include travel platform, Ctrip.com International Ltd., which obtained an online ride-hailing license from the Tianjin transport authority earlier this month, and mapping company AutoNavi Holdings Ltd., which debuted its carpooling business at the end of March.

In January, Didi announced that it would acquire Brazilian peer 99 for an undisclosed amount. The Chinese startup now holds stakes in Southeast Asia’s Grab, India’s Ola, Estonia’s Taxify and Careem in the Middle East.