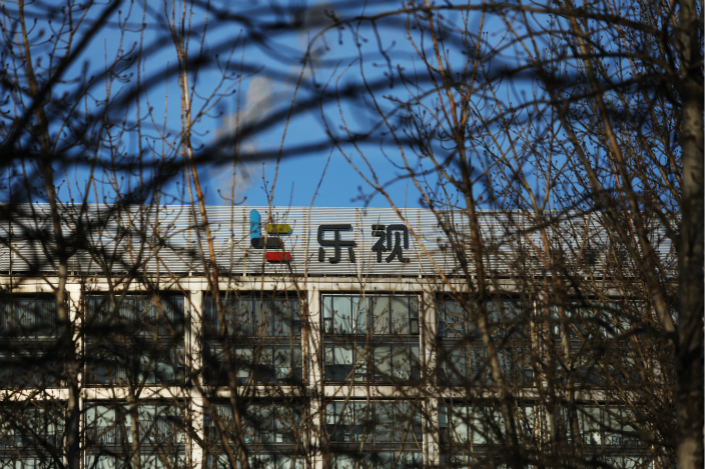 The listed unit of debt-laden online video company LeEco is preparing to borrow 198 million yuan ($31 million) from a trust company, as it seeks funds after a high-profile executive who was trying to turn around the company recently admitted failure.

Leshi Internet Information & Technology Corp. said it will seek the fresh funds through a loan from Bohai International Trust Co. Ltd., a company based in North China’s Hebei province and owned by conglomerate HNA Group. Leshi said it is preparing to sign an agreement for the loan, which will have a term of two years.

“The funds will be used to repay part of the company’s bank loans that are coming due soon,” Leshi said in the Wednesday filing to the Shenzhen stock exchange. It did not provide more information.

The LeEco unit announced the loan after a prominent businessman last week gave up in his attempts to restructure the struggling company. That development saw property mogul Sun Hongbin admit that his attempts to turn around LeEco had failed, following his resignation as chairman of the listed Leshi.

Sun and his company, Sunac China Holdings Ltd., had poured some 16.8 billion yuan into trying to rescue LeEco last year. Last week Sunac said it was recording 16.6 billion yuan in charges related to its losses in Leshi.

Sun had taken over at LeEco’s helm after the departure of company founder Jia Yueting. Jia had built LeEco into one of China’s first successful online video companies in its early years, but then embarked on an overly aggressive expansion into a wide range of new areas including smartphones, new energy cars and movie-making.

That breakneck expansion ultimately left LeEco saddled with a huge amount of debt, and Sun had been trying to restructure the company to focus on some of its more viable core businesses. After a prolonged suspension, LeEco’s shares resumed trading in late January and have lost more than two-thirds of their value since then. That includes a 5% drop during the stock’s most recent trading session on Wednesday.