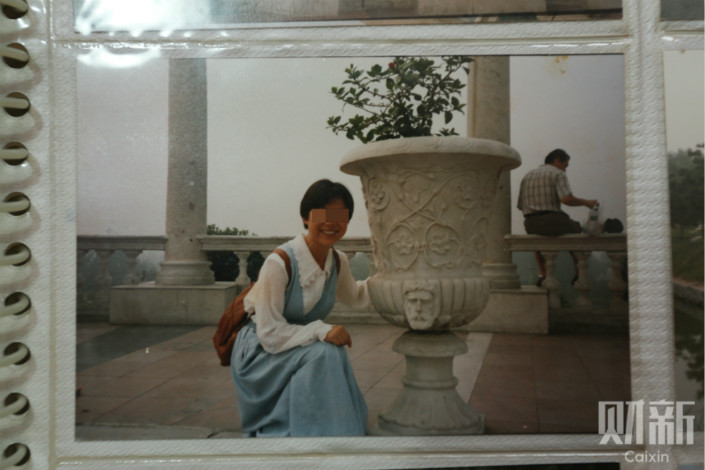 The friends and family of Gao Yan (pictured) have said she committed suicide in 1998 after being sexually assaulted by Peking University professor Shen Yang. Shen has denied that he had a sexual relationship with Gao. Photo: Provided by the Gao family

A second allegation of sexual misconduct has been leveled against Shen Yang, a former professor at Beijing’s prestigious Peking University, who was recently accused of raping a student before she committed suicide 20 years ago.

Xu Hongyun, a former student at the Beijing Forestry University, told Caixin that Shen, now 62, made unwanted physical contact with her in his car around 2006, when Xu was considering applying for a doctoral student position with Shen.

Shen has been accused by multiple people of having assaulted female student Gao Yan, who entered Peking University in 1995 and died at the age of 21 in 1998. Gao Yan’s case attracted national attention after a former classmate published a blog post denouncing Shen, in the wake of the global ‘Me Too’ movement, which has resulted in accusations against other Chinese academics.

Peking University released on Sunday documents relating to disciplinary action it had taken against Shen after Gao’s death in March 1998. But Gao’s friends and family say the university’s account of Shen and Gao’s interactions doesn’t match what they believe to be the truth.

Li’s post sparked outrage on social media over Shen’s alleged behavior. In response, Shen — who left Peking University in 2011 — told Chinese media that the allegations were “malicious slander,” and that he and Gao had “firstly, never slept together; secondly, never had sexual relations, and, thirdly, never had a romantic relationship.”

Li said on her blog that Gao had told Li at least three times about having been raped by Shen.

Shen had invited Gao to his home on the pretext of wanting to discuss linguistics, and while Gao was there he had hugged her from behind and begun kissing her face, Li recalled. Then Shen “threw himself” at Gao, “like a hungry wolf.” According to Li, Gao said Shen went on to remove her clothes, and “did to (Gao) something she had never done before.” Li said that Shen’s actions caused Gao to feel fear and pain, and that she didn’t like what had happened and didn’t want it to happen again.

In response, Li recounted in her blog post, Shen told Gao he had acted the way he did because he loved her. Li said Gao thought that this was not how love was supposed to be.

Gao's parents have also accused Shen of raping their daughter.

After Li’s post gained attention, Peking University revealed that it had punished Shen in 1998 for having an inappropriate relationship with a student. But the documents relating to the demerit Gao received, which the university published for the first time Sunday, contained no mention of any assault.

According to the documents released by the university, Shen taught Gao in an undergraduate modern Chinese class between September 1995 and May 1996, during which time they had frequent contact because Gao was a student committee member. In 1997, according to university documents, Gao visited Shen’s residence, where she asked Shen to “declare his intention on establishing romantic relations with her.” Shen had no intention to enter into a relationship, but said Gao could consider herself his girlfriend, and then hugged and kissed her. Then, after June 1997, Shen ended all contact with Gao, the documents said.

Peking University eventually decided in 1998 to issue Shen a warning, having found him guilty of violating professional regulations, and failing to promptly report Gao’s behavior and mental state to authorities.

The university said on Sunday that it was holding a meeting on sexual harassment and staff ethics.

Nanjing University, where Shen was until recently the dean of literature at its liberal arts college, said on Sunday that Shen had concealed his disciplinary history while applying for his post, and that the university has asked the academic to resign.

Shanghai Normal University, where Shen also taught, has also removed him from his position.

‘Are you scared I’ll eat you?’

Xu Hongyun, Shen’s latest accuser, was a graduate student at Beijing Forestry University in late 2006 when she decided she wanted to pursue a doctorate under Shen after attending one of his lectures and reading some of the papers he had published, Xu told Caixin. Xu emailed Shen and was invited to attend Shen’s linguistics classes.

After one class, Shen insisted on driving Xu back to her campus. “I wanted to sit at the back, but Shen asked me to sit in front,” Xu said, adding that Shen asked, “Are you scared I’ll eat you?”

Xu relented and sat in front next to the driver’s seat. When they reached the entrance to the Forestry University, Xu found herself unable to open the car door. Instead of pressing the button on the driver’s side to unlock the door, Shen reached over across Xu, brushing against her chest, to open her door, Xu said. “I was very uncomfortable, and I felt that he had done it on purpose.”

Two other incidents followed this one. Once, Shen telephoned Xu to invite her to his home one evening to discuss linguistics. Another time, during a winter break, Shen called her to ask her to accompany him to a conference in the south of the country. Xu said she turned down both invitations, and that these calls caused her to decide against pursuing a doctorate.

Xu eventually moved to Zhejiang province and found a job at a county-level Communist Party publicity department there, before earning an MBA and moving to the U.S. When she wrote to Shen to inform him she no longer wished to obtain a doctorate, he responded by telling her, “you will regret not being my doctoral student,” Xu told Caixin.

This story has been corrected to show that Shen Yang left Peking University in 2011.