IMF Sounds Warning to China Over Loans to Unprofitable Firms 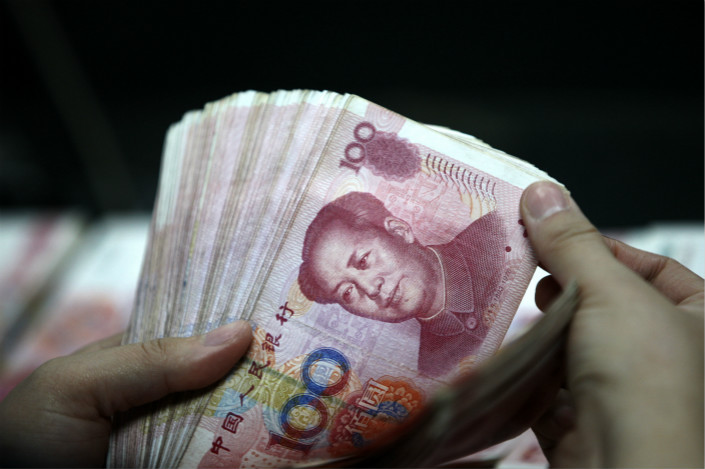 The International Monetary Fund (IMF) on Tuesday called for a targeted approach in assessing lending risks, warning that credit is still flowing to unprofitable firms in China despite government efforts to curb expansion and allow money-losing, debt-laden “zombies” to fail.

Comparing the profitability of nonfinancial firms with how much credit they receive, the report found that the quality of credit allocation declined sharply over the past 10 years for state-owned enterprises (SOEs) and those in traditional sectors such as automobiles and components, energy and raw materials.

Though the overall quality of credit allocation remained low at the end of 2016, the report said, it stabilized or improved for sectors driving new growth: information and communication technology, hardware and equipment, health care equipment and services, pharmaceuticals, biotech and life sciences. The report therefore called for a sectoral approach to analyzing financial vulnerabilities.

The “riskiness” of credit allocation — the extent to which more risky firms receive credit compared with less risky ones — has declined significantly since 2012, according to the report, after climbing sharply in the 2009-2010 period during a hefty government stimulus package.

Local governments, loath to allow bankruptcies, have long supported poor-performing SOEs, partially by pressuring banks to extend credit to them. An IMF working paper from last year found that “zombie firms that are also SOEs remain zombies for a longer period and are less likely to become viable again.” It urged the government to liquidate zombies, restructure debt to recognize losses and increase social support for laid-off workers.

Total credit to China’s nonfinancial sector reached 256.8% of gross domestic product (GDP) in the third quarter of 2017, according to data from the Bank for International Settlements (BIS). Over the last 10 years, the overall credit-to-GDP ratio has risen above its long-run trend, and this “credit gap” is now at nearly 25% of GDP, according to BIS, high by international standards. Last year, the IMF called on the Chinese authorities to speed up their campaign to curb credit expansion in order to avoid a sharp correction in economic growth.

The government expects to make significant inroads this year in bringing down SOE leverage ratios, particularly by letting zombie companies fail, according to Li Yang, president of the National Institution for Finance & Development, a government think tank.

Speaking at the China Development Forum in Beijing last month, Li explained that the success of this effort was “crucial” to maintaining financial stability.