Ex-Publicity Official on Trial for Bribery 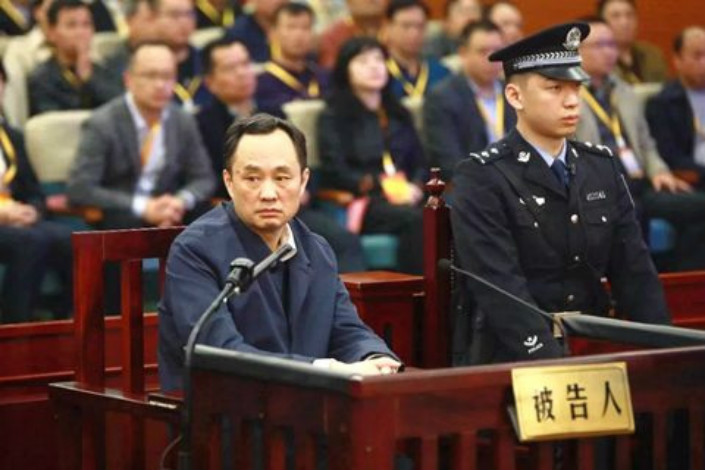 A former high-level publicity-department official from Hunan province is on trial for alleged bribery and possessing illicit assets worth 75 million yuan ($11.9 million).

Zhang Wenxiong, director of the Publicity Department for Hunan’s provincial party committee between August 2015 and November 2016, was charged with taking more than 23.4 million yuan for himself and his wife from associates between 2002 and 2016, and in return helping them get promoted and win bids for government contracts, court documents claim.

Zhang was also purported to have amassed an additional 51.6 million yuan, the origin of which he was unable to explain, according to the Guilin Intermediate People’s Procuratorate in South China’s Guangxi Zhuang autonomous region.

It is a criminal offense to fail to account for wealth in one’s possession, according to Chinese law. It is unclear if Zhang’s wife, Tu Aifang, will face similar charges.

In China, corruption trials for high-ranking government and party officials are often handled by prosecutors’ offices and courts in jurisdictions different than where the defendants live.

Zhang, 56, was put under investigation by the Communist Party’s anti-corruption agency in November 2016, becoming the first province-level publicity chief to fall from grace since a massive anti-graft drive was launched by President Xi Jinping in 2012.

Investigators zeroed in on Zhang after a group of officials and business executives in his hometown of Yueyang were implicated for bribery and influence peddling, linked to sand excavation operations at the famed  Dongting Lake, a lucrative project under tight control of the local government, according to an earlier Caixin investigation.

The Guilin Intermediate People Court, which heard Zhang’s case, did not announce a verdict at the end of the one-day trial on Tuesday.