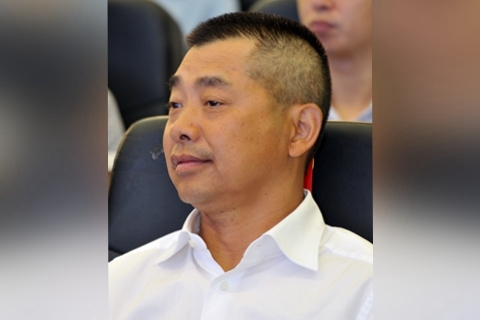 Long, 55, headed the Shenzhen-listed Hunan TV for nearly two decades. He was behind Hunan TV’s $1.5 billion investment in the U.S. film studio Lionsgate in 2015 for a three-year co-production partnership, which was the biggest overseas deal made by a Chinese film company at that time. Under the partnership, Hunan TV became financial partner in about a dozen Lionsgate releases, including the multi-Oscar Award winner ‘La La Land.’

Long resigned as chairman and board director of Hunan TV last October, citing changes in the job role. But Long’s abrupt departure sparked speculation that he might be involved in graft investigations.

A close associate, Yin Zhike, then deputy general manager and board director of Hunan TV, resigned at the same time.

A local newspaper reported that Long was detained on suspicion of taking bribes, though didn’t offer details. Sources close to Hunan TV said the investigation may be related to the company’s advertising business. “Long was the head of the advertising department of the Hunan Broadcasting System (HBS) since 1990s and had great power (in the sector),” one person who declined to be named told Caixin.

Long is a Hunan native and was a veteran in the province’s broadcasting system. He worked as a reporter at the HBS, the provincial broadcaster, beginning in 1985 and was the general manager of the HBS’s advertising subsidiary between 1995 and 1998.

A Hunan broadcasting industry source said Hunan TV had been a long-term exclusive advertising agent for the HBS, China’s second-most watched network after the China Central Television (CCTV), until around 2010 when then-HBS director Ouyan Changlin decided to stop granting the exclusive right to Hunan TV. After that, Long pushed Hunan to diversify its business.

Company reports showed that as of September 2017, Hunan TV had total assets of 23.1 billion yuan, with businesses that include film and TV production, cable network operation, investment and advertising, as well as property and hotel operations.

Under Long’s reign, Hunan TV was also actively involved in venture capital and equity investments. In 2000, the company set up Fortune Capital in Shenzhen, which has managed 18 investment funds worth a total of 20 billion yuan. Fortune Capital has invested in 428 companies, according to the company’s website.