Regulator Finds Nothing to Laugh About With Joke-Sharing App

By Mo Yelin and Chen Mengfan 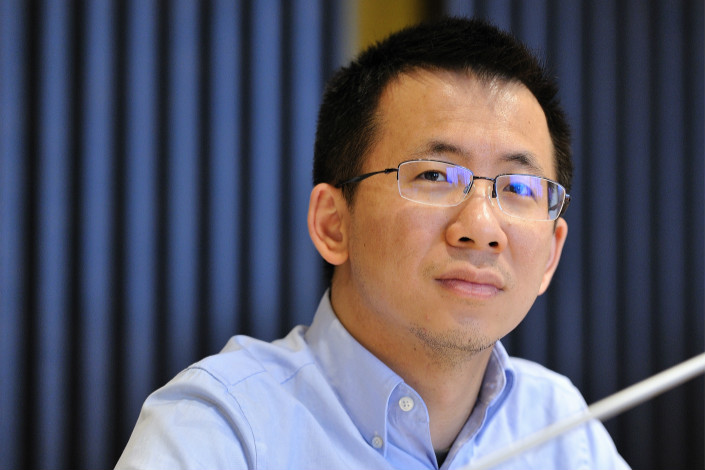 * Neihan Duanzi has garnered 17 million users, many who have been attracted by videos often infused with pornographic and vulgar material

The CEO of China’s most popular online-content provider said he was “sincerely sorry” for launching a product that “collides with core socialist values,” after the country’s media regulator ordered the closure of one of the company’s joke-sharing apps.

“Over the last few years, we have put efforts into expanding our business but lagged behind in building up a filtering system to ensure only positive information has been distributed,” Zhang Yiming of Beijing Bytedance Technology Co. Ltd. said in statement on Wednesday.

Neihan Duanzi, which is Mandarin for “In-Depth Joke,” has become one of Bytedance’s flagship products, garnering 17 million users since its release in 2012. Users are attracted by the app’s mostly user-uploaded videos and other content, often infused with pornographic and vulgar materials.

Bytedance started as a news aggregator with its highly popular Jinri Toutiao app, and has in recent years expanded into the video-streaming sector, where its three platforms — Douyin, Huoshan and Xigua — have gained growing user bases.

The closure of Neihan Duanzi is the latest regulatory blow to Beijing Bytedance. On Monday, four Chinese popular news apps, including Jinri Toutiao, were ordered removed from mobile app stores.

Industry watchers said that Chinese authorities’ tightening grip on online-content dissemination is expected to pose a severe challenge to the company’s business model, which relies mainly on an artificial-intelligence-powered algorithm to distribute content to users, thus attracting advertisers to generate revenue.

“The regulatory crackdown will be no doubt lead to Bytedance advertising losses in the short term,” said Ding Daoshi, an industry analyst and a columnist.

Ding said Bytedance’s rapid rise to popularity is partly due to its wide offerings of uncensored information, but it has to change its business model to employ humans instead of being totally dependent on technology for content censorship.

Zhang said his company will hire 4,000 more people to build up a 10,000-strong content monitoring team to abide by the regulator’s mandate.