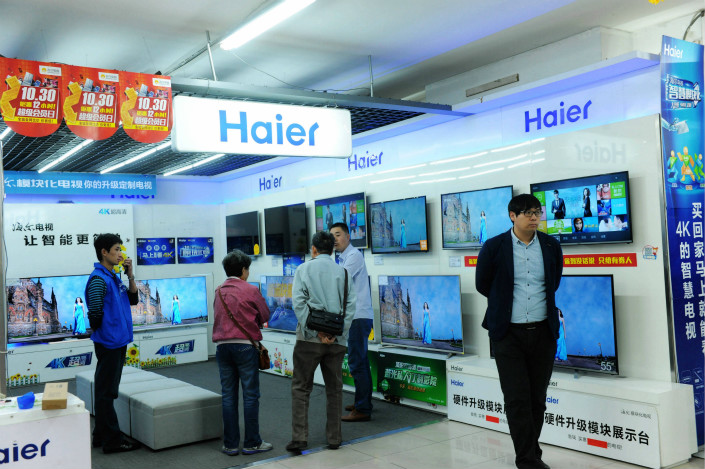 Qingdao Haier’s board approved an initial public offering (IPO) of up to 400 million so-called D-shares on the China Europe International Exchange, a Frankfurt-based exchange set up by the Shanghai Stock Exchange, Deutsche Borse and the China Financial Futures Exchange, according to a Wednesday stock exchange filing (link in Chinese). The listing would be the first on the young exchange, whose launch was formally announced in November, according to Reuters.

Based on Qingdao Haier’s most recent trading price, the offering could raise up to 7.1 billion yuan ($1.1 billion), assuming one D-share is equivalent to one share of Qingdao Haier’s currently listed Shanghai shares, often referred to as A-shares.

“In order to promote the company’s business development and deepen its globalization strategy, the company is preparing to make an IPO in the China Europe International Exchange,” Qingdao Haier said in the filing to the Shanghai Stock Exchange.

The China Europe International Exchange was launched this year, with an aim of helping Chinese companies raise money for expansion abroad. With a base in Germany’s financial capital, the market is specifically aimed at helping to raise the profile of such companies for European investors. The board will be mostly a listing ground for Chinese manufacturing and technology companies, according to reports at the time of the launch announcement last November.