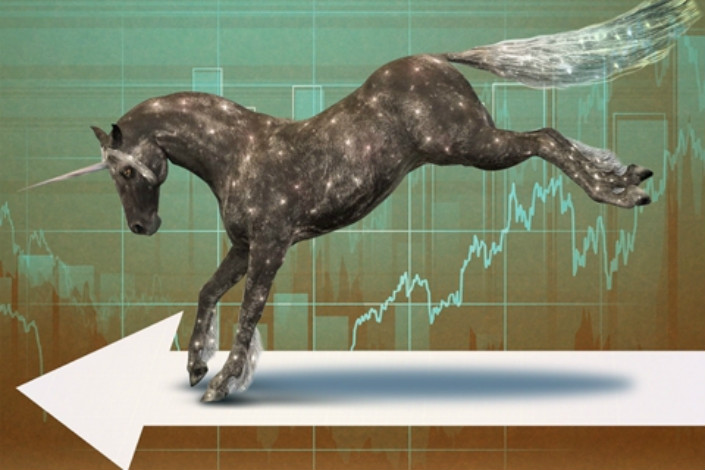 Startups that Chinese investors want to get their hands on, including those valued above $1 billion — known as unicorns — did not make the list of the first companies eligible to issue Chinese depositary receipts. Photo: IC

What do tech giants Alibaba, Tencent, Baidu and China Telecom have to do with the recently concluded National People’s Congress in Beijing?

The answer is Chinese depositary receipts (CDRs) — a topic that topped the agenda of China’s largest political event held once in five years.

A number of Chinese tech chiefs, including Baidu’s Robin Li, were quizzed by the media if they would bring their New York- or Hong Kong-listed companies to make a secondary listing on mainland.

The CDR proposal comes amid a predicament for China mainland exchanges: Most of China’s top tech names remain out of reach of most Chinese stock buyers despite their huge success. The list also includes gaming giant NetEase Inc., online travel specialist Ctrip.com International Ltd. and the Twitter-like Weibo Corp.

How does that happen and how do regulators plan to use the CDRs to address such issues?

What exactly are CDRs?

Under a depositary receipts system, some of the company’s shares are transferred to a custodian bank, which then sells them on an exchange abroad.

Buying a CDR for one share in the MSCI-listed Alibaba from Bank of China, for example, gives the CDR holder all the same rights as a stockholder who bought one share from his broker in New York, explained Oliver Rui, professor of finance and accounting at the China Europe International Business School in Shanghai.

China’s regulators are looking to model CDRs on U.S.-listed American depositary receipts so overseas stocks could be traded on China’s mainland market. The CDRs would enable tech companies to bypass legal and technical barriers to initial public offerings (IPOs) on the mainland market, such as restrictions on weighted voting rights — called dual-class shares — and mandatory requirements on IPO applicants’ profitability.

Why is this happening?

Dozens of home-grown technology companies have listed overseas in the past few years to sidestep the legal and technical barriers to IPOs on the mainland, and to gain access to international investors and bond markets.

The Chinese government aims to lure this capital back home as part of a drive to upgrade the economy and move up the global value chain.

Which companies are eligible?

While detailed implementation rules are yet to be announced, the China Securities Regulatory Commission (CSRC) released a document on March 30 that provided guidelines about the pilot program.

Eligible companies are those in the high-tech or strategic emerging industries, such as the internet, big data, cloud computing, artificial intelligence, software and integrated circuits, high-end equipment manufacturing and biotechnology.

To issue CDRs, overseas-listed Chinese companies will need to have a market value of more than 200 billion yuan ($31.8 billion). The CSRC will set up a consultation committee made up of industry experts, prominent entrepreneurs and investors to select the first companies to participate in the pilot.

Which companies plan to issue CDRs?

What are the potential challenges?

Under the issued guidelines, only seven overseas-listed Chinese companies are eligible — Alibaba, JD.com, Baidu, NetEase, China Mobile Ltd., China Telecom and Tencent. Potential startups that Chinese investors want to get their hands on, such as Xiaomi, have been left out.

The authorities have not clarified when the trial program will begin exactly, only to say they will “issue related implementation rules soon.” It remains to be seen whether everything will be put in place before Alibaba and JD.com could issue CDRs “as early in June” as reported by media.

Also unclear is how regulators will deal with possible price disparities between companies’ overseas-listed shares and CDRs, as well as different listing rules for information disclosure, accounting, trading suspension and corporate governance.