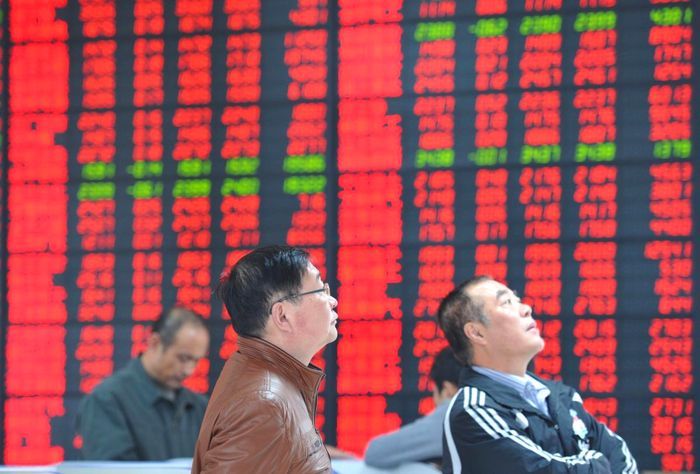 The China Securities Regulatory Commission is working on detailed guidelines for the issuance of China Depositary Receipts, according to a source close to the commission. Photo: VCG

New York Stock Exchange-listed Alibaba and Nasdaq-listed JD.com may be able to issue and trade CDRs on domestic markets as early as June, as mainland authorities move to bring the stocks of China’s high-tech leaders home.

Alibaba has picked Citic Securities, China’s largest brokerage firm, as one of its sponsors for the CDR issuance, a person close to Alibaba told Caixin. China International Capital Corp. (CICC) is also seeking to become an Alibaba sponsor, the source said.

Caixin reported earlier that China’s securities regulator is studying ways to make it easier for companies from emerging sectors to float domestically — part of the central government’s effort to invigorate the capital market. One of those options is the launch of CDRs, which would enable Chinese companies listed elsewhere to trade at home.

Regulators are looking to model CDRs after U.S.-listed American Depositary Receipts (ADRs). The CDRs would enable tech companies to bypass legal and technical barriers to initial public offerings (IPO) on the A-share market, such as restrictions on weighted voting rights — called dual-class shares — and mandatory requirements on IPO applicants’ profitability.

The China Securities Regulatory Commission (CSRC) is working on detailed guidelines for the CDR issuance, according to a source close to the commission. The plan will be released “in as soon as a few months,” he said.

Alibaba, JD.com and their sponsors “are preparing materials for the CDR issuance as early as June. (They are) just waiting for the guidelines from the CSRC,” said a source familiar with JD.com.

Both Alibaba and JD.com declined to comment on the matter.

In a previous interview, JD.com representatives told Caixin that the company has been “closely monitoring policy changes at the capital market and will list at home when policy permits.” Alibaba has said “the company will return to the home market when conditions allow.”

Another big name expected to take part in the CDR program is leading smartphone-maker Xiaomi Inc. Sources told Caixin that Xiaomi, which is preparing for an IPO in Hong Kong this year, has agreed to list some of its shares on the mainland market through a CDR issuance. But a Xiaomi executive said Xiaomi’s CDR issuance is likely to come later than Alibaba and JD.com due to its IPO process.

But the regulator still needs to work out detailed plans to guide companies CDR issuance, addressing issues such as foreign exchange management, accounting rules, disclosure requirements and pricing systems that will be involved in the issuance, analysts said.