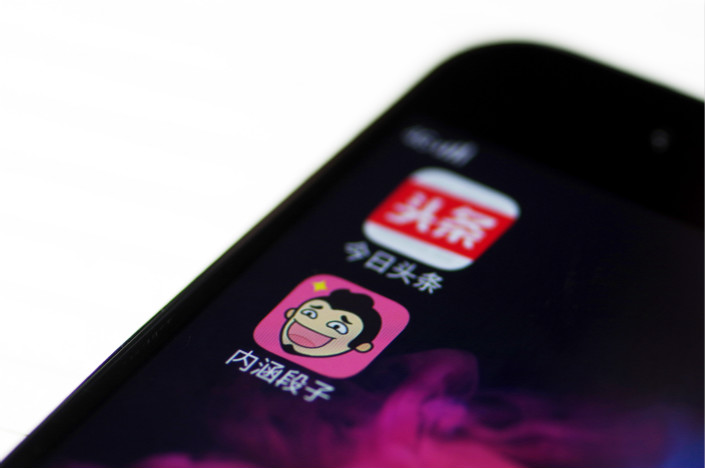 Weibo, QQ, WeChat and a number of video sites have all said they will either remove inappropriate content or bar video playbacks on their platforms. Photo: VCG

The enormous removal of content across Chinese social media has come at a time when social media platforms have grown wildly in the past few years while raw posts of things such as teen pregnancy and sexually suggestive humor have gone untamed for a long time.

China’s Twitter-like Weibo, the popular messaging apps QQ and WeChat, as well as video sites such as Weishi, Kuaishou, Douyin and Xigua Video have all said they will either remove inappropriate content or bar video playbacks on their platforms.

In a statement on Weibo’s official account page, the social media platform said it has put two users on a watch list for posts that “went beyond moral boundaries, violated mainstream social values and polluted the internet’s development.”

Weishi, a video platform under internet goliath Tencent Holdings Ltd., said it will “actively answer the call of the regulator” by policing its own content.

WeChat and Weibo have also suspended a function that allowed users to directly view short video clips on their platforms. The operators didn’t specify how long the function will remain inactive. Users can, however, still copy the link and paste it into a web browser to view such clips.

The latest round of internet cleansing started last year, when the State Administration of Press, Publication, Radio, Film, and Television began setting its sights on content that “strays from mainstream social values.”

The crackdown gathered momentum this month, when a state television program accused video platform Kuaishou of promoting teenage pregnancy by allowing mothers allegedly as young as 13 years old to livestream broadcasts of their babies and daily lives.

On April 4, the administration said it had met with the management of Kuaishou and its rival Jinri Toutiao to ask them for a “remediation” of their content distribution strategy.

Then on Monday, Toutiao — along with smaller news site operators Tiantian Kuaibao, NetEase News and Ifeng News — were ordered to remove their apps from major mobile app stores for between three days and three weeks.

The move led to an immediate public apology from Toutiao’s CEO, who said the company will hire 4,000 people to build up a 10,000-strong content monitoring team to abide by the regulator’s mandate.

One day after Toutiao was ordered to take down its apps, the administration ordered its owner, online-content provider Bytedance Technology, to shut down the joke-sharing app Neihan Duanzi for posting what was deemed to be obscene content.