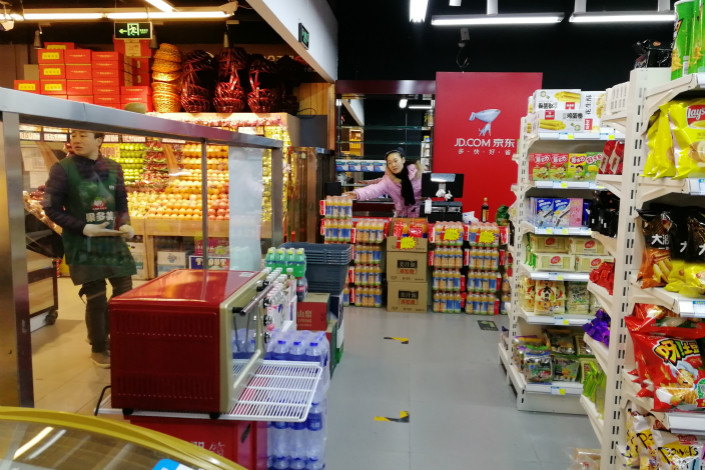 The retail titan has recently been opening 1,000 franchised outlets every week, founder and CEO Richard Liu Qiangdong told a technology conference in the southwestern city of Chongqing on Thursday.

In April 2017, JD.com announced an ambitious plan to open over 1 million convenience stores within five years across the country — half of them to be located at remote and rural areas. The first batch of shops — 1,111 in total — opened their doors to customers in November.

Potential franchises can apply for loans from JD.com’s financing arm to open a shop. JD.com is also trying to woo established grocery stores to adopt their brand, offering them access to the company’s impressive logistics network, hundreds of thousands of products from its partners and management know-how.

The plan has attracted 50,000 applicants a day, mostly younger migrant workers who plan to return to their villages to run their own businesses, Liu said, claiming each franchisee could earn over 8,000 yuan ($1,271) a month in revenue.

“China has a market size of over 7 million mom-and-pop shops, offering plenty opportunities to JD.com,” Li Chengdong, an independent retail analyst, told Caixin. “The challenge, however, is other players such as Alibaba have also joined in the fray. Operating costs may rise amid heated competition.”

In addition to convenience stores, JD.com’s offline presence includes the fresh produce supermarket 7Fresh, home-appliance stores and unmanned convenience stores that tout the use of artificial intelligence technology, which are currently being trialed.

In March, the company said it would almost double its number of home appliance stores to 15,000 this year to cover nearly all of China’s 1,300 smaller cities.