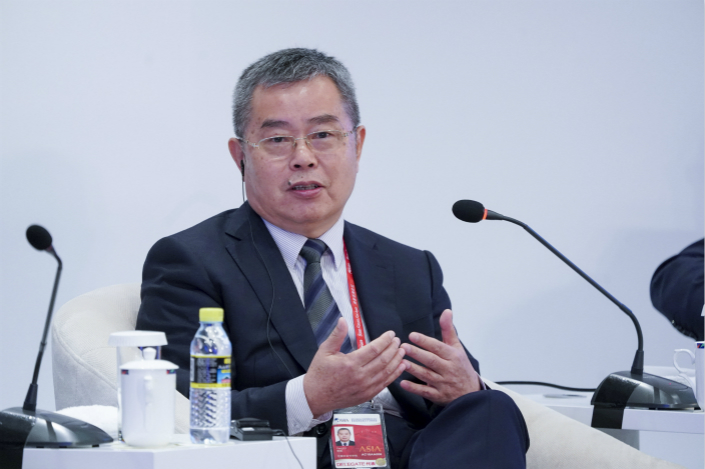 China cannot yet take advantage of the big data revolution because the information it has collected is divvied up among different government departments, according to the head of a think tank.

The country doesn’t have big data so much as a “large sample data,” said Li Yang, chairman of National Institution for Finance & Development, a think tank under the Chinese Academy of Social Sciences.

Li’s statement may help explain the government’s recent announcement on its efforts to unify information collection in the financial industry. The State Council recently identified deficiencies in the current system, including the lack of a unified statistical framework across regulatory jurisdictions.

Compared with traditional sampling techniques, big data’s revolutionary significance is that it turns data analysis from studying samples to getting a complete set of data, Li said at a forum on Thursday.

Domestic financial companies have already developed advanced ways to collect big data to create a profile of clients to facilitate lending. There is, however, no consistency in how data is collected and used.

Li also argued that big data products should not be privatized as the source of the information comes from the public, and thus should be used to serve the public good.

Earlier this month, the State Council announced it would develop a financial statistics database to collect data covering the entire financial sector, including all institutions, products, and infrastructure like payment systems and credit information.

In its statement, the State Council pointed out a string of deficiencies in the current system, including the lack of a unified statistical framework across regulatory jurisdictions, inconsistent data standards across markets, problems with the collection and use of data, and the inability of regulatory agencies to share information.

In February, regulators gave the go-ahead to China’s first personal credit scoring platform that links major private players such as Tencent Credit, Zhima Credit and the National Internet Finance Association of China, a self-regulatory body set up by the People’s Bank of China.