Campaign to Curb Financial Risks Moves Up a Gear 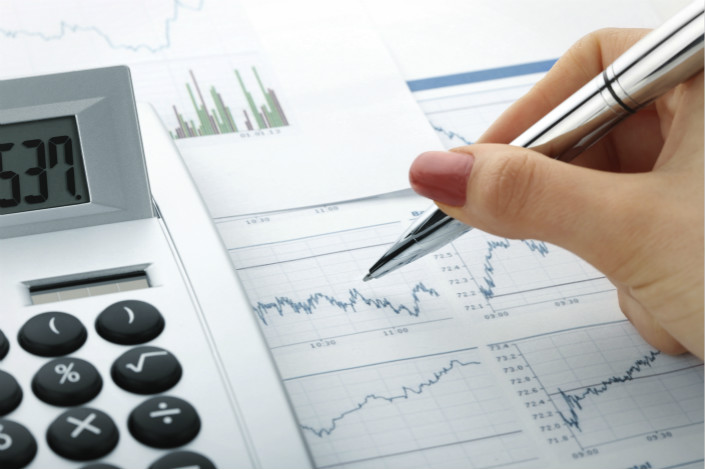 China’s cabinet has ordered that a comprehensive statistical system be built within the financial industry. Photo: VCG

The government is embarking on a major drive to improve the quality of statistics related to the country’s financial sector as policymakers intensify efforts to curb risks in the economy.

The State Council, China’s cabinet, has issued a circular (link in Chinese) to regulators containing guidelines to build a “comprehensive financial statistical mechanism,” a national database covering the entire financial sector, including all institutions, products, and infrastructure such as payment systems and credit information within five years.

The initiative, which will be led by the People’s Bank of China (PBOC), will “enhance services to the real economy, improve the financial regulation system and prevent systematic financial risks,” the State Council said in a statement on Monday.

It pointed out a string of deficiencies in the current system, including the lack of a unified statistics framework across regulatory jurisdictions, inconsistent data standards across markets, problems with the collection and use of data, and the inability of regulatory agencies to share information.

As a result, regulators have been unable to adequately monitor risks or raise red flags in certain key areas such as cross-sector financial activity, systematically important financial institutions and financial holding companies, the State Council said. “To ward off systemic financial risks, the quality and effectiveness of our warning system and data monitoring must be improved,” it said.

The database will also help the government improve monetary policymaking and macroprudential management, and enhance the coordination of financial supervision, it said.

The first phase of the five-year plan, which will run from 2018 to 2019, will involve improving data collection on areas including cross-sector financial products such as asset management products, as well as the activities of financial holding companies and systemically important financial institutions. It will also involve gathering more comprehensive data on the bond and foreign-exchange markets to identify systemwide risks more effectively.

The State Council went into granular detail about the kind of information that should be collected on asset management products, including their capital structure, leverage ratio, profitability and maturity structure. The database should allow regulators to effectively monitor the asset management products of banking, securities and insurance institutions, detect linkages between products, and flag any financial risks and potential for contagion.

The second phase, running from 2020 to 2022 will involve strengthening risk monitoring of local financial institutions and Internet-based financial companies and to complete the establishment of a comprehensive national financial database.

A balance sheet should be created for the entire financial sector covering banking, securities and insurance institutions and this should form the basis for estimating the amount of leverage in the economy, the State Council said.

The government has long recognized the shortcomings in the statistical system of the financial sector and the need to set up a comprehensive and unified data platform. The issue was raised in the 12th Five-Year Plan for the financial industry published in September 2012. The country’s general 13th Five-Year Plan, approved by the National People’s Congress in March 2016, reiterated the need for such a database and it was highlighted again in the National Financial Work Conference held in July 2017.

The problem was also flagged by Xu Zhong, director general of the PBOC’s research bureau in a commentary (link in Chinese) for Caixin in February. He pointed out the difficulties of collecting financial information and data, noting that this made it difficult to get a clear picture of leverage and overall financial risk in the economy.

China’s financial sector has become increasingly chaotic over the last few years amid an explosion in the shadow banking industry and new types of financial institutions such as online lenders. But the regulatory and data systems have failed to keep up with the pace of change.

The stock turmoil in the summer of 2015 and the bond market sell-off at the end of 2016 also underscored the shortcomings of a fragmented regulatory framework and led to growing calls for stronger coordination and supervision including data collection.

“The drive to build a comprehensive database for the financial industry is a part of the financial supervision process. It’s not unexpected and it will continue to be promoted,” Zhong Zhengsheng, director of macroeconomic analysis at CEBM Group, a subsidiary of Caixin Insight Group, said in a report Tuesday.

“Together with the forthcoming introduction of new asset management rules, the announcement reflects how urgent and arduous the tasks are to improve financial regulation and prevent risks,” Zhong said.