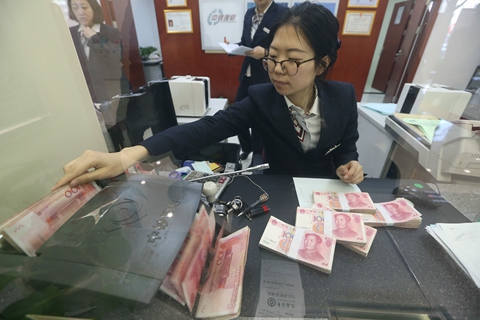 The first-of-their kind rules were discussed and approved at a recent meeting of top officials, chaired by President Xi Jinping, state media reported.

Details of revisions in the final version were unclear. But Caixin learned that possible changes may include a longer grace period for meeting the new rules to the end of 2019, from the previously set June 30.

China’s massive asset-management market has been plagued by lax supervision, excessive leverage and risks from mismatches between the duration of products and the maturity of assets. The new rules, representing a joint effort of top financial regulators, aim to bring the asset management industry under a clear regulatory framework and are seen as a key step to tame risks in the financial sector.

The rules will introduce industrywide requirements on leverage ratios, risk reserve funds and investment restrictions to all types of asset management products offered by financial institutions, including banks, brokerages, trust firms and insurance companies. The rules prevent financial institutions from offering guaranteed returns to investors, and require institutions to provide investment yields that actually reflect the performance of the underlying assets.

A draft version of the rules had sparked months of heated debate after they were put out for public comment.

Last month, a person close to the regulators told Caixin that about 2,000 comments on the new rules were collected, most of which were “similar and asking for relaxed regulations,” the source said.

Many institutions had pushed back against the new rules, asking for less strict requirements, such as an extension of the grace period and reduction of proposed barriers for investments using asset management funds.

With the stricter rules on the way, financial institutions have been registering far fewer new asset-management products. The total value of newly registered products fell to 124.2 billion yuan in January, down 55.5% from the previous month, according to industry portal stcn.com.