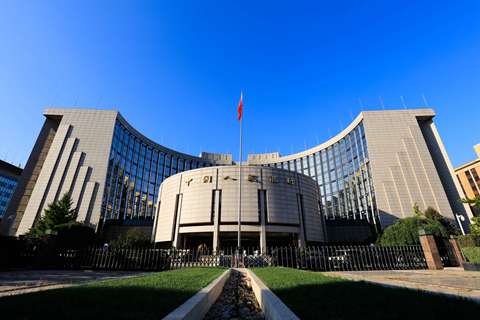 A view of the People's Bank of China headquarters in Beijing. The draft rules released on Nov. 17, which may soon come into force, aim to set industry-wide requirements for leverage ratios, risk reserve funds and investment restrictions, in an effort to get banks’ off-balance sheet assets back under a regulatory framework. Photo: VCG

Beijing is likely to roll out unified regulations to tame the country’s “shadow banking” sector before its annual legislative sessions, which are slated to open in early March, people familiar with the matter told Caixin.

The proposed regulations for the $15 trillion asset-management industry were published in November on the People’s Bank of China’s website. The final version is likely to be subject to amendments that will have to be approved by the Financial Stability and Development Committee of the State Council, China’s cabinet, knowledgeable sources close to the regulator said.

A final version could be published before the country holds its annual legislative sessions or even earlier in mid-February, the sources added.

The draft of the new rules marked the first joint effort of the central bank and three top regulatory commissions overseeing banking, securities and insurance to curtail the rampant growth of China’s massive asset-management market, which is plagued by lax supervision, excessive leverage and risks from mismatches between the duration of products and the maturity of assets.

The proposed rules are set to introduce industry-wide requirements on leverage ratios, risk reserve funds and investment restrictions to all types of asset management products offers by financial institutions including banks, brokerage, trust firms and insurance companies. The rules prevent financial institutions from offering guarantee of return for investors, and require institutions to provide investment yields based on the net asset value of their products that actually reflect the performance of the underlying assets.

The sweeping rules are aimed to bring China’s huge shadow banking industry more into the sunlight. The market, worth 102 trillion yuan ($15 trillion) at the end of 2016, largely stay out of financial institutions’ balance sheet, including 30 trillion yuan worth of wealth management products managed by banks and 53 trillion yuan worth of investment plans issued by securities brokerages.

According to the draft released on Nov.17, the new rules were open to public consultation until Dec. 16 and set to be fully implemented after a grace period until June 30, 2019.

A person close to the regulators told Caixin that about 2,000 comments on the new rules have been collected during the consultation period but most of the comments “are similar and asking for relaxed regulations,” said the source.

Caixin learned that banks are pushing back against the new rules, demanding easing requirements such as extension of the grace period, as well as reducing proposed barriers to investing in “nonstandard assets,” and allowing privately offered funds to recruit more than their current limit of 200 investors.

In December, sources close to the regulatory bodies told Caixin that regulators are determined to push forward the new rules and won’t change the overall direction toward tougher scrutiny, despite resistance in the market.

The regulators might also give banks more flexibility to roll over long-maturity asset-management products invested in nonstandard assets, which are illiquid assets that are not traded on the stock, bond or money markets, sources said.

Top financial regulators have vowed continued efforts to tame the shadow-banking sector, which helps to fund both public and private sector borrowers who can’t get loans through traditional channels due to government restrictions. Officials worry that the loosely-regulated lending activities could pose a major risk in the event of an economic downturn due to their opaque structure, high leverage ratios and maturity mismatches.

Echoing the proposed new rules, the banking and securities regulators have taken separated move to curb shadow lending. On Jan. 5, the China Banking Regulatory Commission announced a set of new rules on off-balance sheet entrusted loans, in which a bank acts as an agent to facilitate a loan between two businesses, stepping up scrutiny of one of the main segments of the country’s shadow-banking industry.

The China Securities Regulatory Commission in mid-January also ordered a ban on investing collective asset-management plans — investment pools managed by brokerages for as much as 200 retail investors — into entrusted loans, trust loans and other non-standard credit assets.