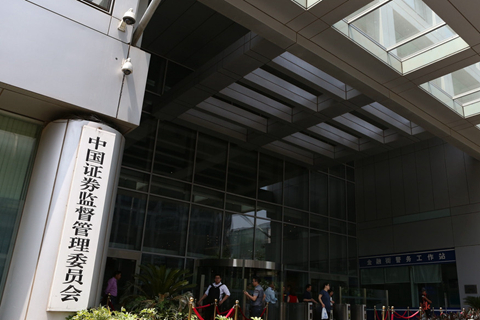 China is further cranking up its scrutiny on “entrusted loans,” channels that have been used for massive asset management funds to invest in risky borrowers outside the formal banking system.

Entrusted loans – in which a bank acts as an intermediary to arrange and administer financing between a borrower and lender – have become one of the main segments of the country’s “shadow banking” industry.

The China Securities Regulatory Commission has ordered a ban on investing collective asset management plans — investment pools managed by brokerages for as much as 200 retail investors — into entrusted loans, trust loans and other non-standard credit assets, separate sources told Caixn.

Non-standard credit assets refer to debt-financing instruments that are not traded in either stock exchanges or the interbank market.

The CSRC also required brokerages to closely examine their customers of targeted asset management plans for credit assets investment — which are managed by brokerages for one specific customer — to ensure the funds are not raised from the public. Brokerages are not allowed to guarantee yields and repayments for such products.

In an entrusted loan, companies provide financing to each other with banks acting as intermediaries to earn a fee. China first permitted entrusted loans in 2011 as a way of reducing lending risks for banks and boosting their fee income while helping companies obtain loans. But in reality, the practice has been increasingly used as a channel for massive asset management funds to invest in highly leveraged products or risky borrowers, accumulating bad loan risks outside the formal banking system.

Last week, the China Banking Regulatory Commission announced a set of sweeping new rules to control such lending by commercial banks, amid rising concerns that banks were using entrusted loans to shift debt off their balance sheets and to circumvent curbs on lending to industries such as real estate and to local government financing vehicles.

In November, the People’s Bank of China and the banking, securities and insurance watchdogs jointly released an overarching regulatory framework for the country’s $15 trillion asset management industry. The new regulations are set to be fully implemented in mid-2019 after a consultation period.

“There has been the rule that brokerages and fund management firms should not invest asset management plans into credit assets, but it hasn’t been taken seriously in the past,” said a brokerage manager. “The latest rules spell out restrictions to comply the upcoming asset management regulations,” he said.