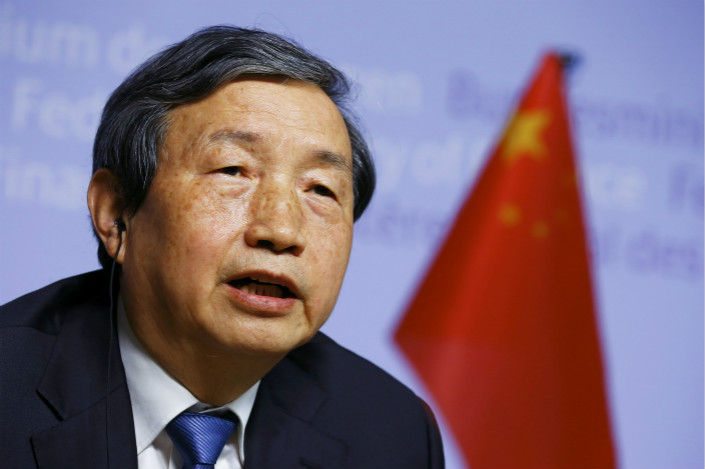 Vice Premier Ma Kai (pictured) chairs the Financial Stability and Development Committee, but the other members of the committee have not yet been revealed. Photo: Visual China

The committee, known as the Financial Stability and Development Committee, held its first meeting on Wednesday, Xinhua said. It was chaired by Ma Kai, vice premier of the State Council who is in charge of the financial sector.

The cross-agency committee was formed in July, when fragmented regulatory efforts across the government had proven insufficient to stem systemic risks especially in the shadow banking system, and to respond to new risks such as cryptocurrencies, risky insurance products and peer-to-peer lending.

The committee will review a strategic plan of financial reforms; coordinate China’s monetary policy and financial regulation; and forge policies on financial risk management so as to maintain country’s financial stability, Xinhua said.

For years, separate parts of China’s financial sector have had their own regulators. That worked fairly well until a slew of financial innovations came into the market, which led to a build-up of products out of regulators’ reach and therefore greater risks.

The committee was conceived to restart the nation’s once-fragmented efforts to curb financial risks, as maintaining stability was high on the agenda of the country’s annual work report.

Zhou Xiaochuan, the central bank governor, said preventing systematic financial risks is an eternal theme for the country’s regulators, and called for a stronger mandate of central government’s supervision in finance in a guide to the 19th National Party Congress report recently.

Xinhua’s brief report didn’t elaborate further on who is sitting on the committee besides Ma.

Caixin learnt earlier that the central bank, banking, insurance and securities regulators will each nominate one representative to the committee as vice chairpersons to coordinate the work of the stability committee.