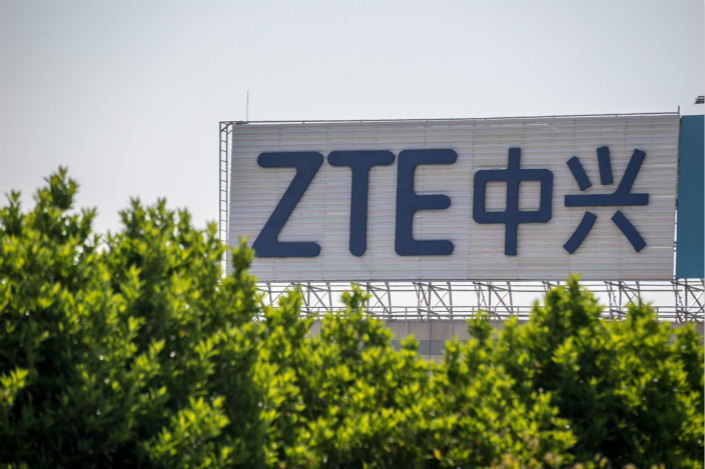 * From a long-term perspective, there are worries that the two countries could fall into a Thucydides Trap, eventually leading to a major confrontation

Just as market concerns about a potential trade war eased on President Xi Jinping’s commitment to further open up the Chinese market in several areas, the U.S. Department of Commerce unexpectedly announced sanctions on ZTE Corp. on Monday.

The latest sanctions entail a ban on U.S. companies from supplying technology components to the leading Chinese telecom equipment-maker for seven years, on the grounds that ZTE violated the terms of a previous sanction settlement. In our view, this could mark an escalation of Sino-U.S. trade tensions.

Unlike the Trump administration, which announced the sanctions directly and left no room for further negotiation, the Obama administration first proposed sanctions on ZTE in March 2016 after the U.S. Department of Commerce’s investigation into ZTE’s sales contracts with the Iranian government and enterprises.

However, after several rounds of negotiation with ZTE, the Obama administration first lifted the ban on ZTE for several months and then fully withdrew the ban in March 2017 as ZTE paid the U.S. government $890 million in fines and punished its employees involved in the sales contracts.

In view of the above, we think the latest stringent sanctions on ZTE could potentially signal a turning point in a Sino-U.S. trade war. In addition to the proposed reciprocal tariffs on Chinese exports based on the findings of the Section 301 investigation, the U.S. government has turned more hawkish on China amid the fast rise of China’s technology sector. Over the past few years, for example, the penetration of mobile payments in China has become the highest in the world, and China’s advanced manufacturing has seen a notable improvement.

Apart from the developments in China, U.S. President Donald Trump has also promised to bring more factory jobs back to the U.S. from China and Mexico and boost domestic manufacturing during his administration. Therefore, it is almost inevitable that Chinese manufacturers will face increased competition from the U.S., especially in high-tech sectors.

From a long-term perspective, worries are that China and the U.S. could fall into the Thucydides Trap, the phenomenon in which conflict repeatedly breaks out between a rising power and an established, dominant power. In this sense, such tensions will continue regardless of whom becomes U.S. president in future, and we could be seeing the start of a more comprehensive confrontation between China and the U.S.

In view of the undoubted rising tensions between it and the U.S., China could seek more cooperation with the EU and Japan to diversify the risk of a Sino-U.S. trade war. On the domestic front, we believe China will continue to push for further opening up of its market, ensure protection of intellectual property rights, and improve the investment environment to foster the development of its advanced manufacturing sector.

However, in the near term, the rising Sino-U.S. trade tensions could pose a major downside risk to China’s export outlook. Currently, we still expect domestic consumption and exports to remain the major growth drivers in 2018, and look for full-year gross domestic product growth of 6.5%.