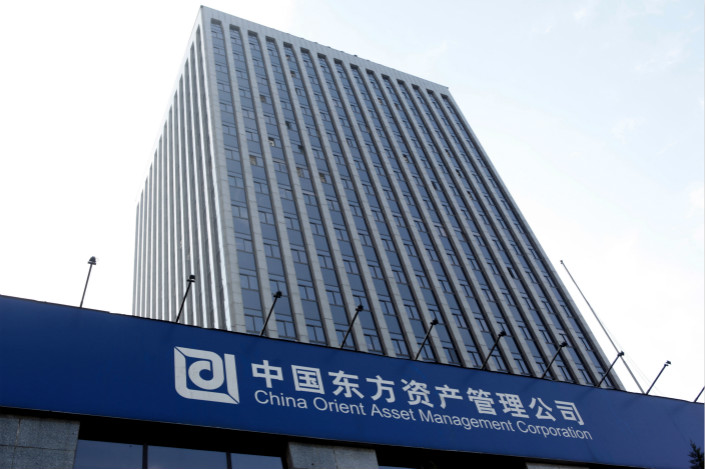 China Orient Asset Management Corp., the country’s third-largest distressed-debt manager, said it has sold a nearly 20% stake to strategic investors in a pre-initial public offering (IPO) funding round so it can meet capital adequacy requirements.

Regulators approved the plan in February, he added.

China’s distressed-debt managers, which buy up toxic assets to reduce risks in the financial system, have been looking into public listings and other means to boost capital so that they can take on more debt as the country moves ahead with a financial deleveraging campaign.

“The total stake of the four strategic investors consists of less than 20% of the company, and is distributed relatively equally, at around 2% to 6% each,” said Jiang Yueming, general manager of China Orient’s chairman’s office.

The investment brought up the company’s capital-adequacy ratio to 14.3%.

The company plans to gather 100 billion yuan to invest in nonperforming loans this year, Liu said.