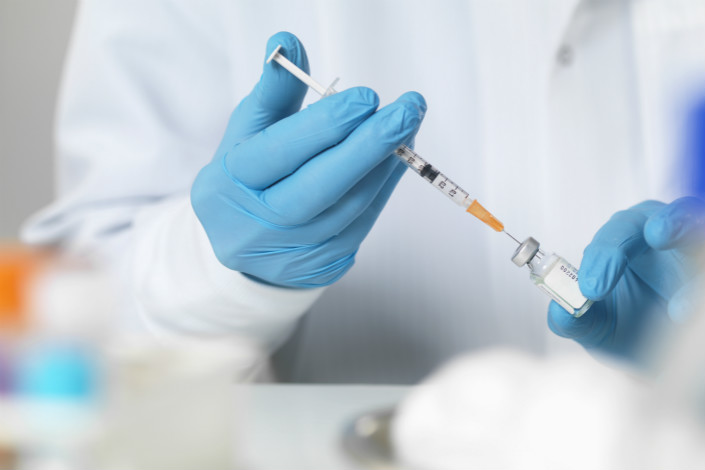 Biomedical developer Innovent is back in the race to become the first to offer a new class of biological cancer-fighting drugs in China. Photo: VCG

Innovent has resubmitted its application with the China Food and Drug Administration’s Center for Drug Evaluation (CDE) to launch an immunotherapy injection to treat lymphoma in China, according to the CDE’s database.

The company made its first application in December, but then withdrew it in February. The move wasn’t seen as a failure, according to industry professionals, but rather as a voluntary retreat so Innovent could provide additional documents.

The new medical product, known as PD-1 — shorthand for “programmed cell death protein 1” — is an immunotherapy that uses the patient’s own immune system to destroy cancer cells.

Merck and Bristol-Myers have already submitted applications to launch their PD-1 drugs in China, but no updates have been reported.

In China, Shanghai Junshi Biosciences Co. was the second domestic firm, following Innovent, to apply to launch a PD-1 product for melanoma, and a dozen other pharmaceutical firms are now carrying out clinical tests for their own similar PD-1 therapies, including Jiangsu Hengrui Medicine and BeiGene Ltd.

Innovent’s earlier withdrawal of the application, in the end of February, took place at a crucial moment, as the firm in January started a new funding round of $150 million ahead of a planned initial public offering (IPO) in Hong Kong.

Several professional investors said that the withdrawal would not influence its IPO as Innovent is financially stable and investors on the Hong Kong Stock Exchange are passionate about the biology and pharmaceutical sector.

Hong Kong’s bourse is considering a rule change to allow qualified biotech firms to list on the main board at the pre-revenue and clinical stages. The requirements include a valuation of at least HK$1.5 billion ($193 million). The market is expecting a boom in the biotech sector after the reform is launched, presumably by the end of this month.

“Domestic biotech developers are growing prosperously, and Innovent is one of the leaders that deserves investment,” an investor who missed the chance to invest in Innovent earlier told Caixin.

But he said that investors should be aware of the risks of investing in biotech. For example, there is the risk that a company’s valuation can peak before its IPO, and after listing, its share price might drop if research and development fails.