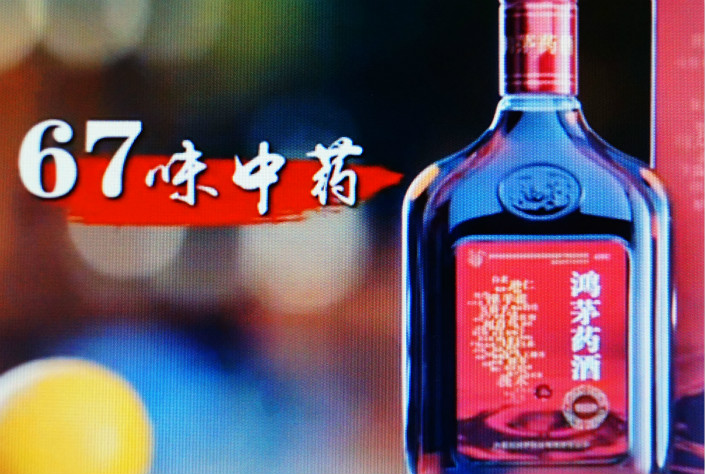 Local governments in China are cracking down on alleged false advertising by Hongmao Pharmaceutical Co. Ltd. following public anger over the arrest of a doctor who criticized the company’s “medicinal” liquor.

Guangdong province’s food and drug authority said Thursday that it was investigating advertisements for Hongmao Medicinal Liquor, a 67-ingredient blend widely touted by its manufacturer as a cure-all.

Meanwhile, authorities in Inner Mongolia are also inspecting the headquarters of Hongmao Pharmaceutical in Liangcheng, a county in the south of the autonomous region, and have demanded that the company explain to the public why it has been penalized by multiple local governments in the past five years for false advertising and adverse reactions to its product, according to an announcement published by the official Xinhua News Agency.

The announcements follow calls for greater accountability from Hongmao Pharmaceutical by China’s central public security and drug authorities after the arrest and detention of Guangzhou-based doctor Tan Qindong, who called Hongmao Medicinal Wine “poison from heaven” in a blog post.

In December, Tan warned against the consumption of alcohol by elderly people, and said that some of the ingredients in Hongmao Medicinal Wine were known to be toxic. Tan was then arrested in his Guangzhou home in January, and transported across the country where he was kept in a Liangcheng detention center for nearly 100 days. Then, last week, news of his detention emerged, sparking outrage from social media users and state media alike over what appeared to be an abuse of power by Inner Mongolia authorities. Tan has since been released on bail and is currently awaiting trial.

Hongmao Pharmaceutical’s rise to national prominence began in 2006, when well-known marketing “miracle worker” and businessman Bao Hongsheng bought the small Liangcheng company. Bao had a history of turning alternative remedies into big businesses, and was the force behind other popular Chinese products like Meifule Slimming Tea and Hushenbao, a supplement for improving kidney health.

After Bao took over Hongmao Pharmaceutical, the company began aggressively expanding its advertising campaigns, capitalizing on the health concerns of China’s aging population by promoting its product as a solution for ailments that included heart disease and rheumatism. Hongmao Pharmaceutical overtook Procter & Gamble as China’s biggest advertiser by advertising budget in 2016, spending 15 billion yuan (about $2.2 billion at the time) that year, according to figures compiled by state broadcaster CCTV’s market-research arm.

Meanwhile, the company’s sales revenue grew significantly, jumping 51% from 2015 to 2016, according to official Liangcheng county data. Hongmao Medicinal Wine is sold in over 300 cities across China, and 18 million bottles of the liquor were sold in 2017, according to government figures.

Even as the company drew in health-conscious customers, it was attracting numerous complaints from local governments for exaggerating and falsely advertising its product’s effectiveness. Hongmao Pharmaceutical was charged with over 2,600 advertising regulation violations across 25 provinces and regions, according to a report by a health publication owned by the official People’s Daily. Caixin found that Hongmao had even been forced to suspend sales in some areas, including Central China’s Hubei province, which asked that the company pull its liquor from shelves twice in 2009 alone.

Despite official and public censure, the company has continued to be celebrated, especially by local authorities in Inner Mongolia, who named its product an example of the autonomous region’s “intangible heritage” in 2009. More recently, in both 2017 and 2018 Hongmao Liquor was selected to be part of CCTV’s “National Brand Strategy” to promote national brands that “can represent China’s participation in global commercial competition and cultural exchange.”