Baoneng Dumps More of Its Stake in Vanke 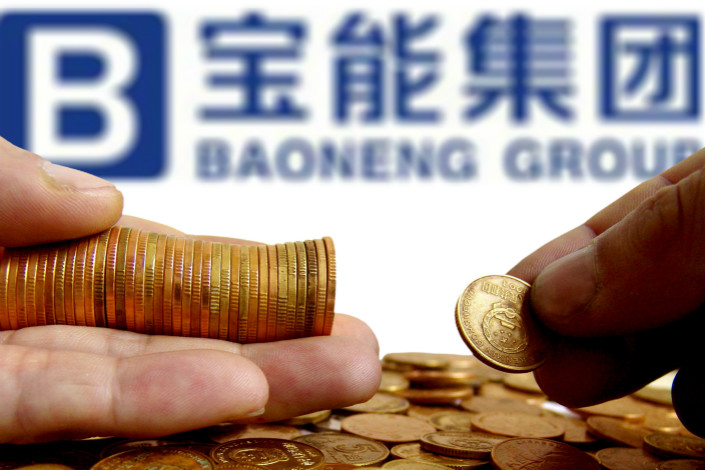 Baoneng Group has sold another portion of the stake in Vanke that it accumulated during its failed hostile bid of the real estate giant. Photo: VCG

Baoneng Group has sold more China Vanke Co. shares, one week after starting to sell off its roughly 25% stake, as the company accelerates its disposal of part of its holdings after running afoul with regulators.

Baoneng’s subsidiary Shenzhen Jushenghua Industrial Development Co. reached a deal to dispose of 63.47 million Vanke shares, or 0.57% of those in circulation, through block trades for 1.86 billion yuan ($294.7 million), according to a filing (link in Chinese) to the Shenzhen Stock Exchange after the market closed on Tuesday. The filing didn’t identify the buyer.

The stake sale is Baoneng’s second liquidation of the nine asset management plans (AMPs) that it set up to purchase Vanke shares during a failed hostile bid for the property developer back in 2016, Caixin has learned. Baoneng made its first AMP liquidation last week, selling in a block trade 0.81% of Vanke shares in circulation for 2.7 billion yuan to Ping An Securities Co. through its subsidiary Jushenghua.

The price at which Baoneng is selling its shares shows that the company offered no discount in the first block trade but offered a 5% discount on the second. Jushenghua earned a profit of nearly 466 million yuan on its second sale, according to Caixin calculations based on documents filed by Vanke to the Shenzhen Stock Exchange.

The dumping of these shares is linked to the fact that Jushenghua set up the nine AMPs with funds it borrowed from banks. For every 1 yuan Jushenghua invested in those AMPs, it borrowed 2 yuan from banks, carrying a leverage ratio of 1:2.

However such leveraged purchases have faced strict new regulations since July 2017. The securities watchdog’s new rules prohibit leveraged AMPs from rolling over their debts and require them to be liquidated after they mature.

Baoneng has been publicly criticized for dragging its feet on the liquidation, but the increased pace at which it is selling its stake in Vanke indicates that Baoneng is trying to take a new strategy in its long-delayed divestiture of its leveraged stake in the tightened regulatory environment.

Jushenghua still owns 17.35% of Vanke’s shares after the Tuesday block trade. Combined with the holdings of other Baoneng subsidiaries, Baoneng remains Vanke’s second-largest stakeholder, with 24.02% of the company’s shares as of Wednesday.