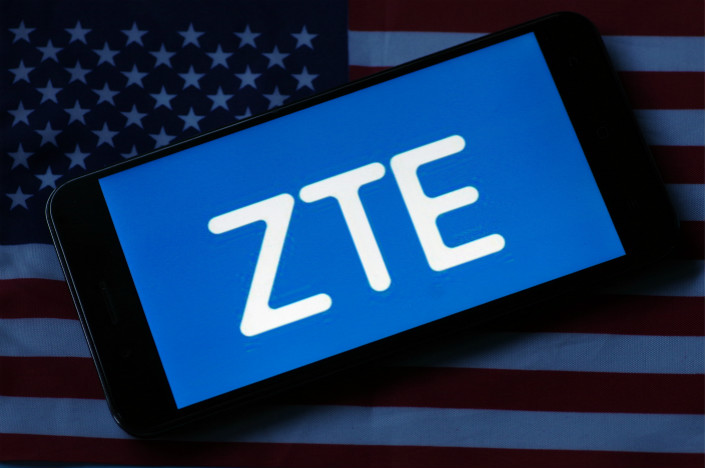 The chairman of crisis-hit ZTE Corp. reiterated many of his company’s previous arguments in an interview with the official Communist Party newspaper, as the telecom equipment-maker tries to stave off sanctions from Washington that it says could threaten its existence.

Yin Yimin protested that U.S. sanctions against his company were “unfair” and ignored ZTE’s extensive efforts to comply with an earlier agreement meant to punish it for selling U.S.-made products to Iran in violation of American sanctions, according to his interview with the People’s Daily. The sanctions bar ZTE from buying any U.S.-made components for seven years, a ban the company has called a threat to its life.

The case has drawn a lot of attention in China, partly due to ongoing trade tensions between the U.S. and China and partly for exposing how local technology champions like ZTE are still highly dependent on foreign know-how. Earlier this week, ZTE said it was talking with officials in Washington to try to reach a new settlement in the matter.

The People’s Daily report, dated Tuesday, repeated ZTE’s complaint that it has worked hard to comply with an original agreement reached with Washington last year, which included a fine of nearly $1 billion and requirements the company take specific remedial actions. The report also repeated ZTE’s belief that Washington made its latest decision before completing an investigation into the matter, which involved allegations that it failed to punish some employees as stipulated in the original 2017 settlement deal.

“Even though we received the refusal order, we are still a first-rate global company that adheres to export control compliance standards, and that begins with me,” Yin told the People’s Daily.

The article pointed out that telecommunications is a highly globalized industry and should be open to everyone, adding that no single nation can perform all the various functions needed to build products and equipment used for today’s services.

“No one country can complete anything by itself. Even though the United States is the leader in some areas, it is not exempt from this rule,” the paper wrote. At the same time, it also quoted Yin as saying his company needs to invest more in technology, playing on another theme in the recent debate as many Chinese call for the country to become more self-sufficient in high-tech products.

“Of course we want to boost our technology efforts in order to strengthen our ability,” he said.