Update: ZTE Talking With U.S. in Bid to Avoid Sanctions 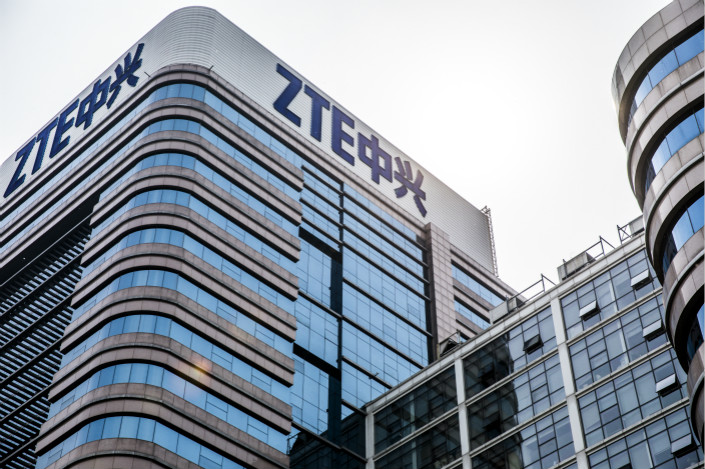 *An analyst note argues that the U.S. may be open to reaching a new settlement, as ZTE’s plea agreement violation was ‘minor’

Telecom equipment-maker ZTE Corp. said it is talking with the U.S. authorities in an effort to avoid sanctions that potentially threaten the company's existence, as one analyst forecast such talks could yield a compromise plan.

The case saw the U.S. last week bar ZTE from buying American-made components for seven years for previously reselling such parts to Iran in violation of earlier U.S. sanctions. ZTE has argued the ban ignores many efforts it has made to adhere to an earlier settlement in the matter.

In a stock exchange filing dated on Sunday, ZTE said it places “significant importance to the work on export control compliance” as part of its core strategy. It added that it understands the U.S. government’s actions and is taking steps to comply, but added the door remains open to a new agreement that could help it avoid the sanctions.

“The company is making active communications with relevant parties and seeking a solution,” it said in the statement to the Hong Kong Stock Exchange, where its shares have been suspended since the original conflict began last week. Over the weekend, foreign media had reported the U.S. Department of Commerce, which has been overseeing the probe, had granted ZTE’s request to submit more evidence in the case.

The case dates back at least six years to when the U.S. first opened a probe into whether ZTE had sold American-made high-tech components to Iran in violation of sanctions at that time aimed at pressuring the country to scale back its nuclear program. Washington later ruled that ZTE had violated restrictions and was set to implement the seven-year ban. It suspended the action after reaching a settlement with the company last year that included a fine of nearly $1 billion.

But the Commerce Department later determined that ZTE had violated some terms of the settlement by not punishing employees involved in the illegal sales, and was set to reimpose the ban. ZTE argued it had been working hard to honor its obligations, and called the U.S. action unfair and potentially a threat to its corporate life.

While company-specific and largely unrelated to trade issues, the case has attracted international attention due to recent trade frictions between the U.S. and China. It has led to a groundswell of discussion in China, prompting state media to accuse the U.S. of trying to stifle China’s development, while also calling on the country to become more dependent in areas like high-tech semiconductor microchips, which are now mostly imported.

The latest signals could indicate the U.S. may be willing to reach a new settlement in the matter, said Edison Lee, an analyst at research house Jefferies. He pointed out that ZTE’s failure to discipline 35 employees, which lies at the heart of the Commerce Department’s latest decision, was not listed as a condition in any of the punishment-detailing documents he reviewed on the matter.

“Strictly speaking, the Department of Commerce would argue that ZTE failed to file 100% truthful statements, which is still a violation of the plea agreement,” Lee wrote in a note. “However, this seems to be a ‘minor’ violation, even if it is a true violation (it seems legally debatable whether disciplining the 35 employees is part of the settlement agreement), because the key spirit of the settlement is that ZTE does not violate the U.S. export control law again and puts in place internal controls to achieve that. We believe ZTE has not violated the key ‘spirit’ of the settlement agreement.”