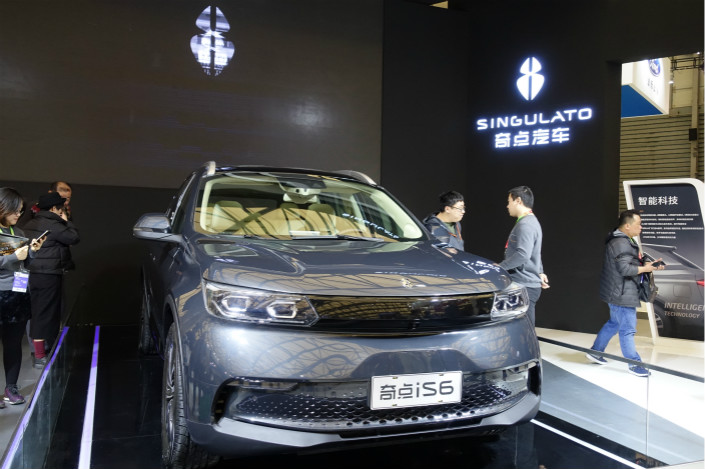 Electric vehicle startup Singulato Motors is set to complete a 3 billion yuan ($474.6 million) fundraising round next month, just as it forges a manufacturing partnership with a state-owned automaker’s new-energy vehicle unit.

Singulato’s “C” round of fundraising will conclude in May, co-founder and CEO Shen Haiyin told reporters at the Beijing Auto Show on Wednesday. Shen didn’t disclose further details.

The tie-up with BAIC BJEV, the new-energy vehicle arm of BAIC Group, will help Singulato overcome a regulatory hurdle because the company does not yet have a permit to manufacture vehicles in China.

After its latest fundraising round, Singulato, which was founded in 2014, will have raised 17 billion yuan in total. In its “B” round in November 2016, the company raised 4.5 billion yuan.

Singulato is one of many Chinese startups that have rushed into the burgeoning new-energy vehicle industry in recent years, spurred on by central and local governments offering generous subsidies to put industry development on the fast track.

Among an estimated 20 such startups launched since 2014, the 10 largest had secured more than 50 billion yuan in investment by the end of last year.

BAIC BJEV, which was set up in 2009, is now the country’s second largest new-energy vehicle manufacturer after the Shenzhen-based BYD Co.

BAIC BJEV sold 100,000 vehicles in 2017, accounting for around 13% of the new-energy vehicles sold in China that year, according to the China Association of Automobile Manufacturers.