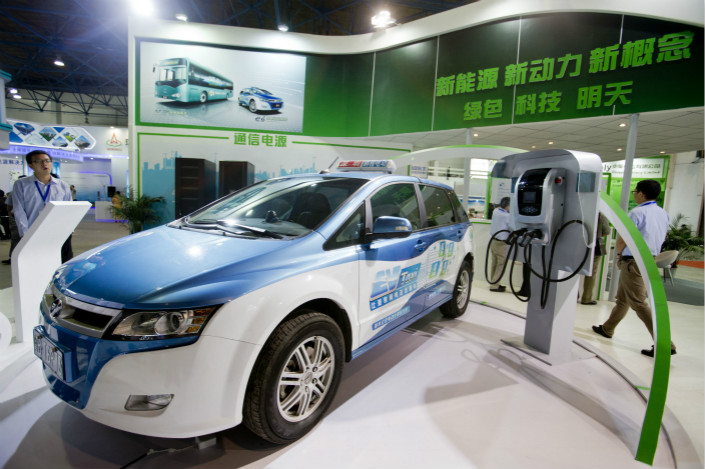 BYD, China’s largest electric-car manufacturer, expects net profit in the first quarter this year to slump as much as 92% from a year earlier, blaming Beijing’s policy changes that reduced subsidies for the fledgling new-energy vehicles (NEV) sector.

Shenzhen-based BYD, backed by Warren Buffett’s Berkshire Hathaway Inc., attributed the poor annual performance to the “reduced amount of government subsidies that put pressure on the profitability” of the industry carmakers.

This is despite BYD’s sale of over 110,000 NEVs last year, an increase of over 15% from 2016. It topped the global market by sales for three consecutive years, according to the report.

China began handing out subsidies to the NEV sector in 2010 in an effort to make the country the world’s largest electric-car market.

Spurred by the strong government support, BYD posted staggering profit growth of 555% to 2.8 billion yuan in 2015.

However, the government later reduced the subsidies, partly due to some companies abusing the policies by employing bookkeeping tricks to qualify for aid.

A national rule in late 2016 compelled carmakers to prove that a customer has driven a new-energy car at least 30,000 kilometers (18,640 miles) on the road before the manufacturer’s application for a subsidy can be approved.

The rule means carmakers have to pre-pay the vehicle costs for a long period before getting a rebate from the government, a process which “has weighed on the finances of automakers,” BYD CEO Wang Chuanfu said during an earnings conference Tuesday.

The years ahead are expected to be challenging for NEV-makers, as Beijing continues to backtrack from its previous financial support.

Last month, the Ministry of Finance said it will raise the threshold for pure electric vehicles eligible for subsidies to ones that can travel at least 150 kilometers on a single charge, up sharply from the previous threshold of 100 kilometers.