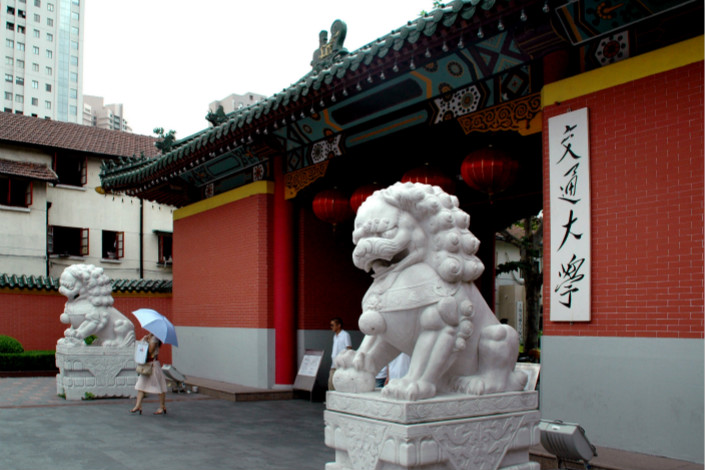 The global #MeToo movement has claimed a victory in China after a prominent academic at the prestigious Shanghai Jiaotong University was removed from his post over alleged sexual harassment.

Xie Yungeng, a deputy dean of the university’s School of Media and Design, was found to have used “inappropriate language and behavior” in his contact with students, according to Li Benqian, the school’s dean.

As a result, Xie will no longer serve as a deputy dean and has been suspended from his teaching position, Li told a Wednesday meeting of teaching staff of the school’s Department of Journalism and Communication, where Xie taught.

Xie was conspicuously absent from the meeting, but remains an employee of Shanghai Jiaotong University, which is one of China’s top 10 universities.

Xie is the latest in a growing list of male scholars who have faced accusations of sexual harassment as the #MeToo movement attempts to take root in China’s relatively conservative society, despite government wariness of mass movements.

Chen Xiaowu at Beihang University, previously known as Beijing University of Aeronautics and Astronautics, was removed from his post as an executive deputy head overseeing the university’s postgraduate program and had his teaching license revoked after he was accused by a former student of sexual misconduct.

Luo Qianqian, the former student, said she came forward because she was emboldened by the #MeToo movement, which began in the U.S. in the wake of sexual-assault allegations against Hollywood mogul Harvey Weinstein but has grown to include numerous men in various professions.

Xie’s alleged sexual misconduct came to light in April when another teacher at the School of Media and Design learned about it in meetings with students, according to Wei Wuhui, a lecturer at the school. This teacher then told school administrators, which led to an investigation by the university, Wei said.

Xie had allegedly harassed multiple students, including some who graduated from the school, and the harassment was ongoing in some cases, Wei said.

In a town-hall meeting at the School of Media and Design on Monday, the university initially did not explicitly say that Xie was removed over sexual harassment. But university administrators did make reference to Shen Yang, a disgraced former professor at Peking University who has also been accused of sexual harassment.

Shen has been accused by multiple people of having assaulted female student Gao Yan, who entered Peking University in 1995 and committed suicide at the age of 21 in 1998. He was also accused by a second woman of inappropriate behavior when she approached him in 2006 over the possibility of admitting her as his postgraduate student.