By Pan Che and Yang Ge 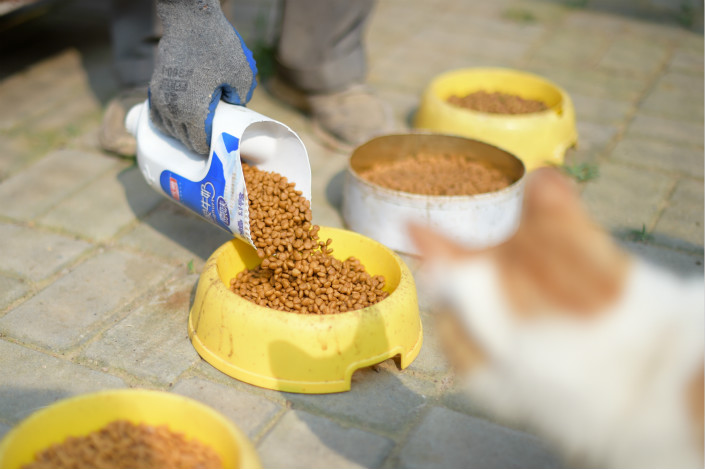 The pet store's move follows a similar pattern often seen in China, where consumers and retailers rally to their country’s cause when such diplomatic clashes occur. Photo: VCG

A major online pet store said it will stop carrying American products next month to support China during its recent trade tensions with the U.S., repeating a similar pattern seen during previous clashes between Beijing and other nations.

The Tumao Pet Shop, which specializes in cat care products, said it has noticed certain recent “incidents” between the U.S. and China, according to a message (link in Chinese) announcing the move on its official microblog.

“In order to support the country’s policies, our shop will carry out a ‘self-examination’ and ‘self-control’ processes,” the company said, adding that all American products will be removed from its store starting Tuesday. It added the store is currently offering large discounts on remaining stock of affected products, and urged customers to act as soon as possible.

Affected brands would include Nutro, Fromm, AvoDerm and EVO, according to a customer service employee who responded to a Caixin question through the shop’s online assistance portal. The representative said the suspension was “temporary” but did not elaborate. The company’s shop is a major one on e-commerce giant Alibaba Group Holding Ltd.’s popular Taobao shopping mall, with a two “golden crown” credit score that is the fourth-highest on a 20-tier rating system, indicating a large number of customers.

The move marks one of the first of its kind by a major independent retailer amid growing trade tensions between the U.S. and China. The U.S. has complained about unfair trade practices by China and threatened to impose protective tariffs on $50 billion worth of Chinese imports. That has prompted China to respond with a plan for similar-scale retaliatory tariffs on U.S. goods, though the two sides have agreed to negotiations in a bid to avoid an all-out trade war.

Tumao’s move follows a similar pattern often seen in China, where consumers and retailers often rally to their country’s cause when such diplomatic clashes occur.

Sentiment can sometimes even result in violence, such as that seen in 2012 against some Japanese businesses at the height of tensions between Beijing and Tokyo over a territorial dispute.

China’s pet industry has experienced rapid growth in recent years, as dog and cat ownership has skyrocketed in major cities. The industry was worth 134 billion yuan ($21.2 billion) in 2017, and is expected to reach 188.5 billion yuan market by 2020, according to a report issued jointly by the Dog People website and several other online pet service platforms.