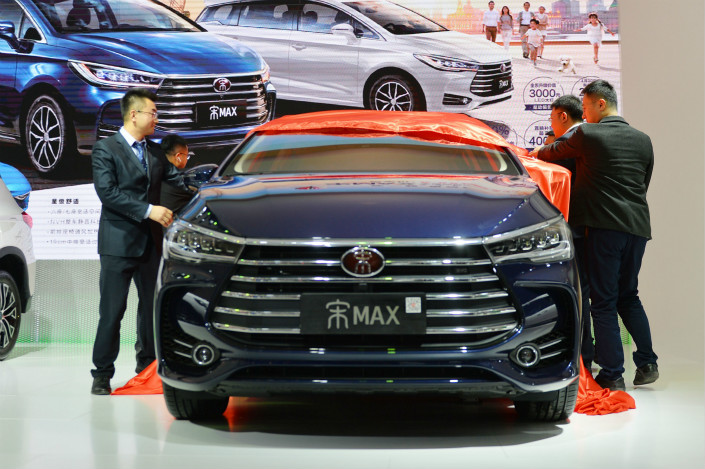 The company attributed the weak performance in part to Beijing’s ongoing reduction of subsidies for electric vehicles.

BYD’s 2018 first quarter net profit fell 83%, and it expects a similar decline for the first half of the year as a whole, between 71% and 83% down compared with the previous year.

BYD’s Hong Kong-listed shares ended down 5% on Monday. The exchange is closed Tuesday for the Labor Day holiday.

Shenzhen-based BYD, backed by Warren Buffett’s Berkshire Hathaway Inc., is one of dozens of Chinese automakers that have benefited from generous government subsidies for the emerging sector.

The subsidy program began in 2010 and helped the country become the world’s largest electric-car market. BYD’s profit to grew a staggering 555% to a total of 2.8 billion yuan in 2015.

But China has begun reducing, and will eventually completely remove, the incentives, partly due to abuse of the system by some companies.

In 2016, Beijing began requiring carmakers to prove that a customer has driven a new-energy car at least 30,000 kilometers (18,640 miles) before the manufacturer’s subsidy application can be approved.

China says it will completely remove the subsidies in 2020.

Facing these obstacles, BYD may look for future funding sources in its car-parts businesses, even spinning them off for public listings, said Wang Chuanfu, BYD chairman and president.

Wang also said his company will look into supplying batteries to other automakers.