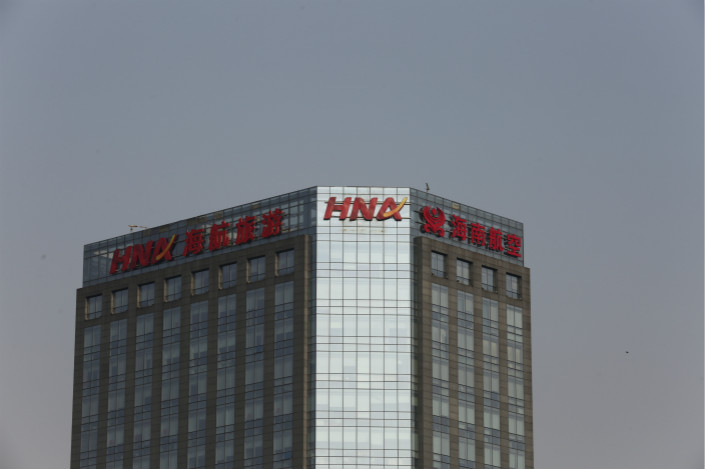 *SkyBridge said that U.S. regulatory requirements meant it was not in the companies’ interest to proceed

(Beijing) — China’s debt-ridden HNA Group has abandoned its bid to buy a majority stake in U.S. hedge fund SkyBridge Capital some 15 months after reaching a deal.

The blown deal illustrates the growing challenge that Chinese companies now face acquiring U.S. firms in the current political and regulatory environment. With rising trade tensions between the two countries, U.S. regulators have been taking a harder look at Chinese-led cross-border acquisitions, which some critics say put U.S. national security at risk.

In a statement released on April 30, SkyBridge, a New York-based hedge fund established by former White House aide Anthony Scaramucci, said the firm and HNA Capital, an investment arm of the HNA Group, have “mutually agreed not to pursue the transaction” because so much time had passed and because of the “uncertain timing of the approval process.”

In its statement, Skybridge said the withdrawal was partly due to pressure from the Committee on Foreign Investment in the U.S. (CFIUS), the U.S. agency that reviews all major cross-border deals for national security concerns. CFIUS had put forward several mitigation measures as conditions for approving the deal. Under such circumstances, Skybridge said it was not in the companies’ interest to proceed with the deal.

Mitigation measures are widely regarded as a technique for CFIUS to address perceived national security risks from cross-border mergers and acquisitions. They have included requirements such as restricting access to certain sensitive technologies, and implementing guidelines for handling and protecting U.S. government data and other sensitive information.

On the SkyBridge deal, the mitigation measures offered by CFIUS would in effect leave the two companies operating separately, the Wall Street Journal reported earlier.

HNA Group could not be reached for comment on Wednesday.

Despite the withdrawal, SkyBridge said the two companies plan to explore working together in China, according to the announcement. The hedge fund will see the return of its founder Scaramucci, whose tenure with the Trump administration ended after 10 days, as co-managing partner. Scaramucci will focus on strategic planning and marketing efforts for the firm.

HNA announced in January 2017 that it would take a majority stake in SkyBridge in January 2017, with Guang Yang, CEO of HNA Capital, hailing the investment as a part of its global expansion into the asset-management business. The group had been on an overseas acquisition spree in recent years. In 2016 alone, it announced or completed $30 billion in deals.

Skybridge is far from the first U.S. firm to see CFIUS scuttle a deal. In July, U.S.-based Global Eagle Entertainment said a $416 million pact with HNA fell apart after it failed to receive regulatory approval from CFIUS.

Nonetheless, CFIUS is not the only factor at work. HNA has been under the glare of a harsh regulatory spotlight in China since reports began surfacing of its enormous debts and missed payments to suppliers.

Even though the conglomerate has been selling off some of the assets it acquired during its shopping spree, its outstanding debt rose by 22% to 740 billion yuan ($116.3 billion) in 2017, when its debt-to-asset ratio reached nearly 60%, according to the company’s annual report.