Backlash-Struck E-Mart to Return to China Via Partner 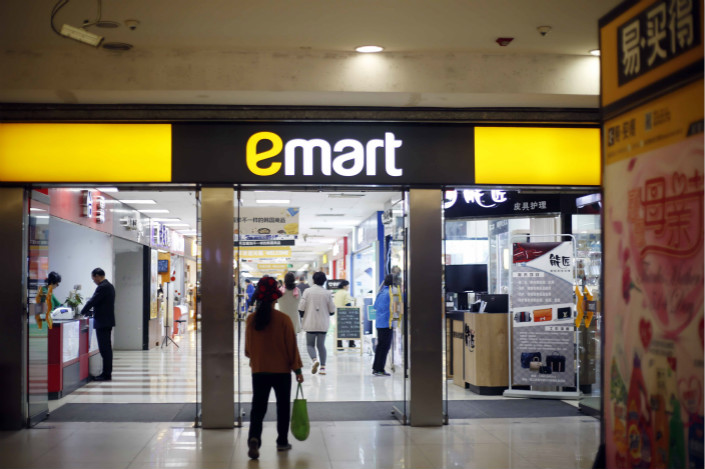 South Korean retailer E-Mart Inc. has decided to return to the China market through its Dutch partner, Spar International.

The move comes only months after E-Mart closed all but one of its China stores amid Sino-South Korean tensions.

E-Mart and Spar signed a memorandum of understanding on Wednesday in Seoul, under which E-Mart will supply goods, mostly cookies and teas, to the Dutch firm, according to South Korea’s Yonhap News Agency.

Spar operated 408 stores in China as of the end of March, according to its official website.

E-Mart, which opened its first China store in 1996, has been scaling back its presence on the Chinese mainland due to weak sales since peaking at 26 outlets in 2010. Its sales in China declined 30% to 113 billion won ($105 million) last year, and its operating loss widened 60% to 35.4 billion won.

In 2017, it closed six of its seven China stores amid consumer ire toward South Korean companies after the country agreed to deploy the U.S. Terminal High Altitude Area Defense (THAAD) system — a move the Chinese government strongly opposes. The last E-mart store was shuttered in January.

Korean retailer Lotte Group, which provided a golf course it owned for the deployment of the system, was hit hard by the backlash and has started to sell all its China supermarkets. The first buyer was Chinese supermarket chain Wumei Holdings Inc., which agreed to purchase a majority stake in Lotte’s Beijing stores for 248.5 billion won.

Deployment of the system has been hampered by local protesters, who have deployed their own barricades, according to South Korean media reports.