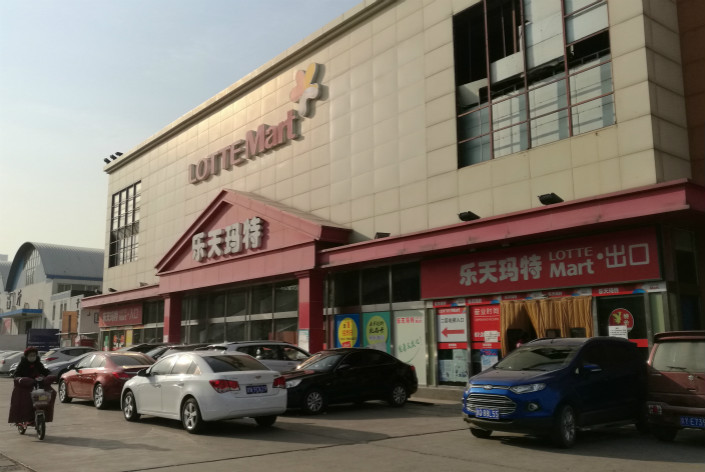 The retail unit of South Korea’s Lotte Group has decided to sell a majority stake in its struggling Beijing stores to Chinese rival Wumei Holdings Inc. for 248.5 billion won ($230 million), according to a Thursday filing (link in Korean).

It is uncertain when the deal will be completed, Lotte said in the filing.

This is the first confirmed sale of any of Lotte’s China hypermarkets since the company put them all up for sale in September.

The South Korean company has since held talks with Thai peer Charoen Pokphand Group Co. Ltd. and companies from the United States and Europe, but has received bids 30% lower than its book value of 830 billion won for the stores, South Korea’s Yonhap News Agency reported.

Consumer ire toward Lotte rose in China after the company agreed to provide land on a golf course to the South Korean military to deploy the U.S.-provided Terminal High Altitude Area Defense (THAAD) anti-missile system, which Beijing opposes due to security concerns. Chinese citizens have protested by not shopping in Lotte stores, while local authorities have upped their safety and sanitation inspections of Lotte Marts.

Lotte’s retail business in China plummeted amid the backlash, with revenue generated from hypermarkets in China down nearly 77% to 263 billion won last year. The company’s operating loss almost doubled “due to the continuation of the THAAD missile issue in China,” Lotte said.

Lotte is not the only South Korean company that has suffered. Convenience store operator E-Mart Inc. has sold five of its six outlets in China to C.P. Lotus Corp.