Huawei Cements Spot as World’s No. 3 in Smartphones 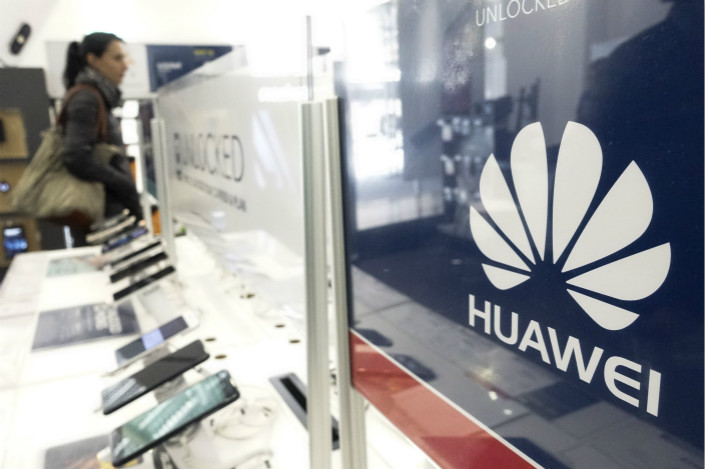 Huawei Technologies Co. Ltd. consolidated its position as the world’s third-largest smartphone-maker in this year’s first quarter, narrowing the gap with Apple Inc. as it posted strong growth despite a global market contraction, according to new data from market research firm IDC.

The global smartphone market shrank by 2.9% in the first three months of the year to 334 million units, largely weighed down by weakness in China, where quarterly sales fell below the 100 million mark for the first time in more than four years, IDC said. The research firm will release figures next week for China, the world’s largest market, which accounts for nearly a third of total sales. But other research houses have put the country’s decline at around 7% for the quarter.

Despite the weakness in its home market, Huawei was able to notch a 13.8% gain in sales during the quarter, raising its share of the global market by nearly 2 percentage points to 11.8%. It was behind only global leader Samsung and U.S. giant Apple, which held 23.4% and 15.6% of the market respectively.

“Outside of China, Huawei is growing and gaining market share across the Western Europe region, an otherwise declining market, and is particularly strong in Spain, Germany, and Italy,” IDC said. “Huawei is in a strong position to compete at the higher end of the smartphone arena with the opportunity to grow its share in Europe.”

China’s other notable player during the quarter was Xiaomi Corp., which crossed the important milestone of becoming one of the first major Chinese brands to record more than half of its sales outside its home market. Xiaomi was the world’s fourth-best-selling global brand in the first quarter, posting an 88% jump in sales to take 8.4% of the market. That helped it widen its lead over domestic rival Oppo, whose sales fell 7.5% to give it 7.1% of the global share, reflecting its strong dependence on its declining home China market.

Xiaomi made its strong showing as it filed a prospectus for a highly anticipated IPO, which showed the company’s revenue rose nearly 70% last year to 115 billion yuan ($18.1 billion) as it posted an enormous 44 billion yuan loss for the year.

“Xiaomi’s strong performance has no doubt been due to its strong growth outside of China with the first quarter of 2018 (marking) the first quarter that less than half of its shipments were domestic, a transition that very few Chinese companies have reached,” IDC said.