By Di Ning and Coco Feng 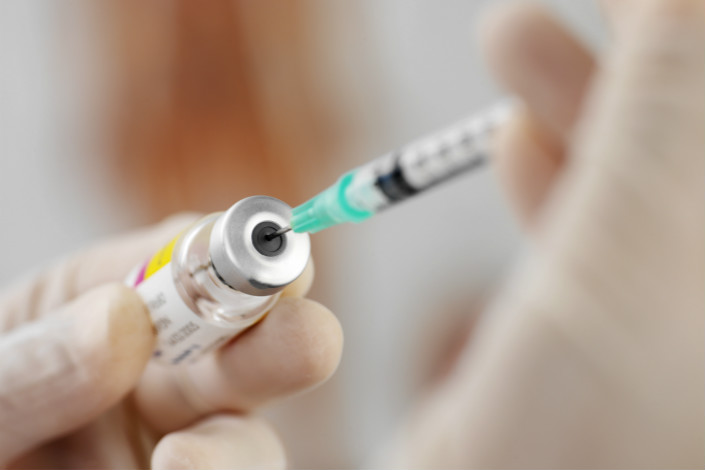 Gardasil 9 is available in more than 70 countries and regions. Photo: VCG

U.S. drugmaker Merck & Co. Inc. has received speedy approval to launch its most effective vaccine against the human papillomavirus (HPV) on the Chinese mainland market.

The approval after three years — lightning-quick in pharmaceutical regulatory terms — indicates that China’s drug regulator has recognized the urgent demand for the vaccine, which protects against a major cause of the second-most common type of cancer in the country among women.

Chinese drug distributor Chongqing Zhifei Biological Products Co. Ltd. said Wednesday that it has secured the exclusive rights to market Merck’s Gardasil 9, the vaccine that protects against the sexually transmitted virus that increases the risk of cervical and other cancers. The vaccine works against nine HPV subtypes — more than the previous versions of the vaccine.

China’s drug regulator greenlighted the drug in late April, three years after Merck started the approval process, which includes clinical trials and the new drug review. The approval came far faster than it did for two other HPV vaccines, Merck’s Gardasil 4 and Cervarix, which was developed by British pharmaceutical giant GlaxoSmithKline. It took 10 years for each company to get approval.

The purpose of the fast track is “accelerating new drug imports and satisfying public demand for medicine,” the China Food and Drug Administration said in a statement (link in Chinese).

Gardasil 9 is available in more than 70 countries and regions. In April, Premier Li Keqiang said authorities needed to speed up approval of Gardasil 9, after he learned during a visit to a Shanghai hospital that people in need of the vaccine had to leave the mainland for injections.

Under the license that Merck obtained from the regulator, the vaccine can be given only to girls and women 16 to 26 years old.

After breast cancer, cervical cancer is the most common form of cancer among Chinese women, according to researchers at the Cancer Hospital in Beijing, a unit of the Chinese Academy of Medical Sciences.

More than 28% of the world’s cervical cancer patients are in China, according to the Chinese Center for Disease Control and Prevention. But China has been late in introducing the vaccine. The drug regulator approved the Merck and GSK vaccines in 2017, a decade after the United States became the first country to do so in 2006.

Merck and GSK are currently the world’s only makers of an HPV vaccine. In China, Merck also offers Gardasil 4, which has four antigens and covers women from 20 to 45 years old. GSK’s product, Cervarix, which contains two antigens, can be given to girls and women between ages 9 and 25.

The two older vaccines can reduce the risk of cervical cancer by 84.5%, while Gardasil 9 can lower the risk by 92.1%, according to the drug regulator.

In 2017, GSK sold 1.1 million shots of Cervarix in China. Merck has sold 348,000 shots of Gardasil 4, which hit the market four months later. Both vaccines require three shots per person.