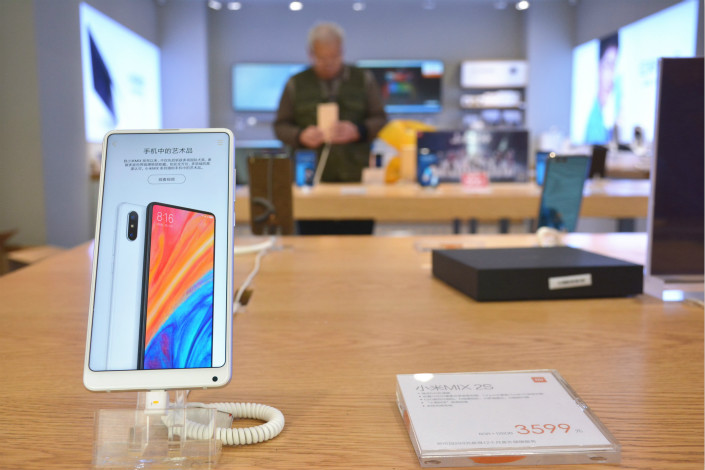 (Beijing) — Smartphone maker Xiaomi Corp. lost a massive 44 billion yuan ($6.92 billion) last year as it stepped up a global expansion that has made it one of China’s first brands to get more than half of its sales outside its home market, its newly filed initial public offering (IPO) prospectus showed.

The loss disclosure marked the first time the company has publicly disclosed its bottom line as it prepares to make an IPO that would be one of the biggest ever for a technology company in Hong Kong, likely to raise billions of dollars. The listing would also be one of the first since the former British colony rolled out modified listing rules at the end of April, allowing money-losing companies from fast-growth sectors to make IPOs on its main board for the first time.

Xiaomi is one such fast-growth company. It reported its revenue jumped 67.5% last year to 114.6 billion yuan on a rebound in its core smartphone business, according to the prospectus filed on Wednesday in Hong Kong. Revenues had been nearly flat a year earlier.

The company’s smartphone shipments jumped 88% in this year’s first quarter alone, cementing Xiaomi’s place as the world’s fourth-largest smartphone brand behind Apple Inc., Samsung and hometown rival Huawei Technologies Co. Ltd., according to data released this week by tracking firm IDC. The firm also passed the notable milestone of becoming one of China’s first major brands to sell more than half of its smartphones outside China.

Founded in 2010, Xiaomi officially calls itself the operator of an ecosystem that combines smart devices and related services, along with online sales. Despite that, the company still gets 70% of its revenue from its core smartphone business, according to its prospectus. The next biggest category is lifestyle products such as fitness bands and air purifiers, which account for 20% of total revenue.

“Our unique and powerful triathlon business model comprises three synergistic pillars that are closely connected,” the company said in its prospectus. “We strive to offer products that are high quality, high performance, well designed and honestly priced.”

Xiaomi has also tried to position itself as a higher-end brand, hoping to capture a more-lucrative part of the market than the ultracompetitive low end, where models often look and feel the same and can cost $100 or less. Despite that, the company remains decidedly focused on the lower end, with its average phone selling for just around 880 yuan, or around $140, in each of the last two years, the prospectus said.

Xiaomi’s global expansion has taken it into 74 countries and regions to date, and the company pointed out it is one of the top five brands in 15 of those. It often holds out India, its largest market outside China, as a case of its big potential. Just over three years after entering that market, the company took the local crown from Samsung at the end of last year, with 26.8% of the market.

The prospectus did not disclose a valuation that Xiaomi is seeking, or a fundraising target. During its last round of fundraising three years ago, the company was valued at around $45 billion. But it went through a difficult period after that, before starting to show signs of a turnaround midway through last year. Analyst valuations of the company have varied since then, but most generally put the figure in the range of $60 billion to as much as $100 billion.