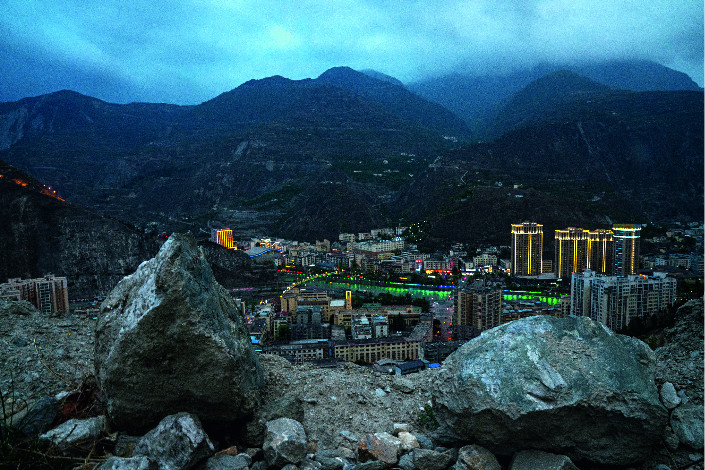 On May 12, 2008, Beichuan High School teacher Li Gang was in the middle of a P.E. lesson with his class when the field they were standing on began to move.

He immediately realized that, as he later put it, “something big was about to happen.” The ground began to buckle, and some of his students fell over. As Li anxiously called for the teenagers to crouch down in a circle, a nearby school building collapsed, crumbling “just like a sandcastle,” sending a cloud of dust out over the students’ heads.

The “something big” Li had sensed was an earthquake that rippled through Sichuan province and killed nearly 70,000 people in two minutes — one of the deadliest natural disasters since the founding of modern China.

Beichuan High School was one of many schools affected by building collapses during the earthquake, prompting outrage from parents toward corrupt local officials who had allowed construction companies to cut corners.

Homes were also not spared. In Yingxiu, at the epicenter of the quake, villagers saw a rift open up in the surrounding Longmen mountains, spitting out massive boulders while hillside cottages disintegrated.

This April, during the Qingming Festival — a time when Chinese people visit graves and remember the dead — Li reunited with over a dozen of his students.

Dressed in matching white mourning attire, the group returned to the old county seat of Beichuan, which was abandoned after the earthquake and deemed so dangerous that it was never rebuilt. The 27-square-kilometer (10.4 square miles) site is now a memorial park, and a new county seat has been rebuilt 24 kilometers (15 miles) away.

Many of the ruined structures in the park, with their collapsed walls and crumpled doors, are still littered with the belongings of the people who once lived here: shattered picture frames, TV remotes, clothes hangers and cracked coffee tables, all covered in a thick layer of dust.

At the site where Beichuan’s Maoba Middle School once stood, Li and his former students encountered a tombstone-like structure — the former flag-raising podium of the school, which was obliterated during a landslide triggered by the earthquake. A banner now hung before the podium, bearing the message, “He Chuan, where are you? How are you, son? Mom misses you so much.”

Local resident Cheng Xingfeng put up her first banner at the ruins of Maoba Middle School on July 13, 2008, the 16th birthday of her son, a student at Maoba and one of the many people who went missing after the earthquake. Cheng returns to the site to put up a new banner three times a year — during the Lunar New Year, on the May 12 anniversary of the earthquake, and on her son’s birthday.

“I still can’t believe it, because he was gone so suddenly. There’s so much I still want to tell him,” Cheng said. “If he is still around, he might see the banner, and come back to me.”

If Cheng’s son were ever to return, he would find that many things have changed. In Yingxiu, local factories have moved to other regions, while new construction covers the few patches of arable land in the town. Now, tourists come to see the earthquake ruins, staying at one of the hotels that now dot the mountainous landscape, providing a rare source of employment for local youth.

And, day and night, the rock fragments formed during the earthquake loom over the region’s rebuilt towns from their mountaintop perches.