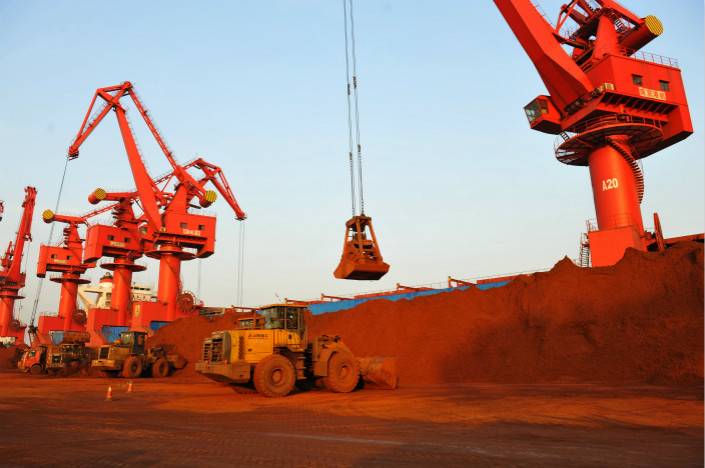 This marks the first time that China has allowed overseas investors to buy an already traded commodity futures contract. The change will allow China to gather experience that can inform the internationalization of similar products in the future, China Securities Regulatory Commission Vice Chairman Fang Xinghai said during a launch ceremony at the Dalian Commodity Exchange, where yuan-denominated iron ore futures are traded.

“All mature futures products will be internationalized to bring China’s influence in line with its economic position,” Fang said.

This debut follows the opening of China’s yuan-denominated crude oil futures to foreign capital in April, signaling the country’s ambition to have a say on the global pricing of commodities.

Foreign investors can now trade iron ore futures by opening domestic accounts, rather than through their Chinese units. So far, 22 foreign institutions have registered at the Dalian exchange, according to the official Futures Daily.