By Luo Guoping and Li Rongde 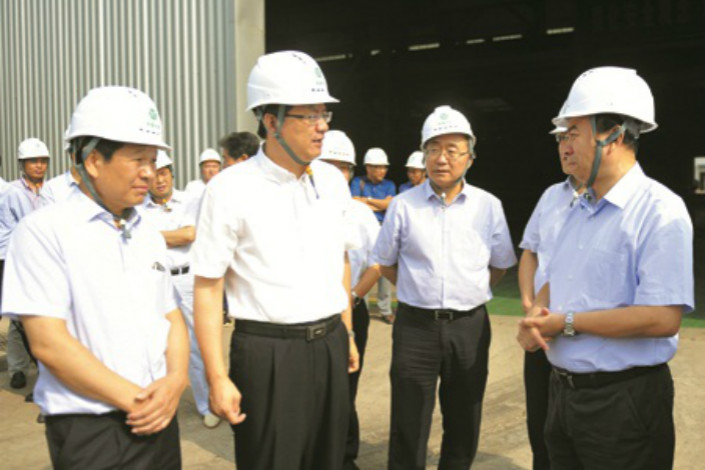 In an irony befitting modern China, the general manager of a coal company was put under investigation for corruption just two days after he was tasked with monitoring graft at the firm.

The Central Commission for Discipline Inspection did not elaborate on the probe.

Pei’s is the latest in a string of corruption investigations targeting senior pro-vincial officials and top executives at state-owned coal companies, which have jolted the coal-rich region.

A former deputy head of the legislature in Shanxi province, Jin Daoming, was sentenced to life in prison in October 2016 over bribery and influence ped-dling linked to distribution of coal resources and promotion of officials.

The investigation into Bai’s alleged corruption was triggered by a break-in at his house in November 2011, during which 50 million yuan worth of supposed ill-gotten wealth — including gold bars, cash and jewelry — was stolen, court documents showed.

More than a dozen top managers at large coal companies in Shanxi, including Bai, have been arrested over suspicions of bribery and embezzlement in recent years, a search of public records by Caixin showed.

Yangquan Coal, one of the top coal firms in the northern province, recorded $24.3 billion in sales in 2016, according to the company, and ranks 445 on the Fortune Global 500.

Pei, 56, spent much of his career at Yangquan Coal, rising through the ranks before he was promoted to general manager in 2012.

He was head of a group at the company to oversee an internal anti-graft operation slated to run from April to December, according to a statement released May 3 by the Shanxi Provincial State-owned Assets Supervision and Administration Commission.