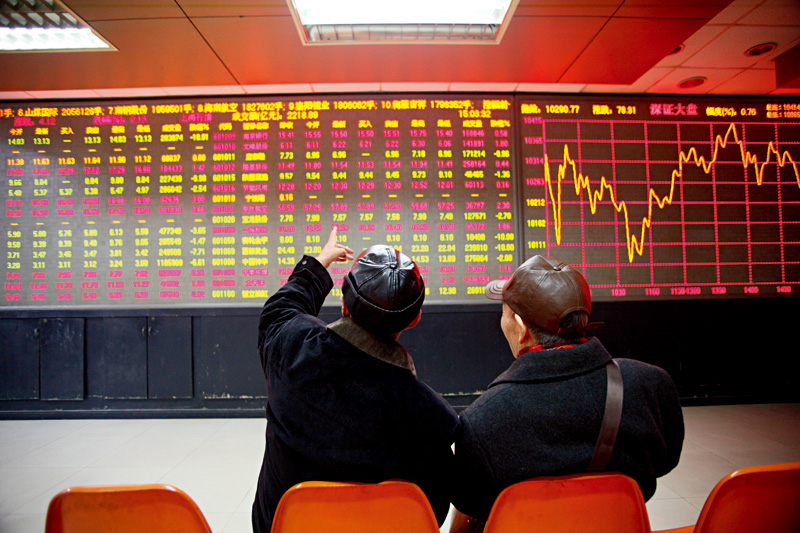 The long-awaited addition of China’s A-shares to the benchmark MSCI Emerging Markets Index next month will bring $40 billion of capital inflows to mainland stock markets, according to a top executive of JPMorgan.

JPMorgan estimates inclusion of Chinese shares in the index will draw around $6.6 billion of passive inflows into Chinese stocks, while active flows could be five times as much, Ulrich said Monday at a press conference before JPMorgan’s 14th Global China Summit opening Tuesday in Beijing.

After three straight years of failed attempts, China’s domestically traded A-shares finally won acceptance in June 2017 to be included in the MSCI benchmark tracked by $11 trillion of institutional funds globally.

MSCI will add more than 230 mainland-listed stocks to its Emerging Markets Index in a two-step process. China’s A-shares will represent a 0.8% weighting in the widely tracked index.

Ulrich said he expected more overseas-listed Chinese companies to be added to the MSCI index in the future, potentially giving China stocks even heavier weighting.

JPMorgan is optimistic on the outlook for China’s A-shares, expecting MSCI China’s average price-to-earnings ratio to be 12.9% in 2018, 0.6 percentage point higher than the average of emerging markets, Ulrich said.

China has been stepping up efforts to open up its financial sector to foreign investors and persuade international investors that A-shares are investable.