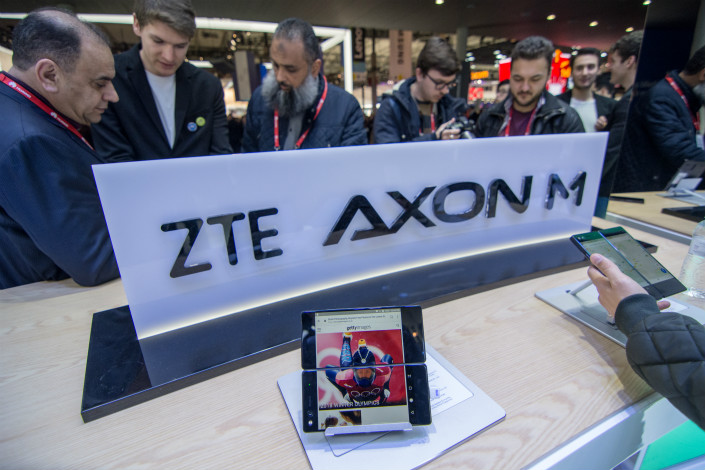 Leading Australian wireless carrier Telstra Corp. Ltd. said on Thursday it will stop selling all products made by ZTE Corp., after the Chinese smartphone-maker said it had halted all operations while it fights crippling U.S. sanctions.

Telstra made the decision after ZTE announced a day earlier that it had ceased its major operating activities in light of an order from Washington forbidding all American companies from selling to the Chinese manufacturer of smartphones and networking equipment. Washington ordered the sanctions after determining that ZTE had sold American-made products to Iran in violation of sanctions aimed at curbing Iran’s nuclear program at that time.

Telstra called its decision a “difficult but necessary step” in response to ZTE’s cessation of major operating activities, according to the statement on its Telstra Exchange website. It also apologized for inconvenience to its customers, and pointed out the move affects 19 of its current phone models and three broadband devices.

“We are working with our device partners to source alternative models as quickly as possible to help meet the needs of customers,” it said. “We want to make sure any device we offer customers is available through all of our stores. We are hopeful that ZTE will be able to reach a resolution to this matter soon so that we can recommence selling Telstra-branded ZTE devices.”

Washington initially found that ZTE acted illegally in 2016, but the two sides later reached a settlement that resulted in suspension of an original penalty that would have cut off the Chinese company from its American suppliers for seven years. But last month Washington determined that ZTE hadn’t complied with all the terms of the settlement, and re-imposed the ban.

ZTE previously said the sanctions could threaten its existence, and has sent documentation to Washington to plead its case for a reprieve. In its latest statement it said it has sufficient cash, and “strictly adheres to its commercial obligations subject in compliance with laws and regulations.”

Global leaders Apple Inc. and Samsung dominate the Australian cellphone market, taking shares of 56.2% and 15.4% in last year’s fourth quarter, respectively, according to data-tracking firm IDC. But ZTE is also a significant player through its own-branded phones as well as its phones bearing the Telstra name. Telstra-branded phones, primarily made by ZTE, took up 5.4% of the market in last year’s fourth quarter, while ZTE’s own-branded phones took up another 3.5%, according to IDC.

ZTE and crosstown rival Huawei Technologies Co. Ltd. have also faced difficulties in Australia on a different front related to government concerns about the security of their devices. In February, local media reported that Australia’s military was phasing out the use of smartphones from both companies over such security concerns, after previously using them for unclassified voice and text services.