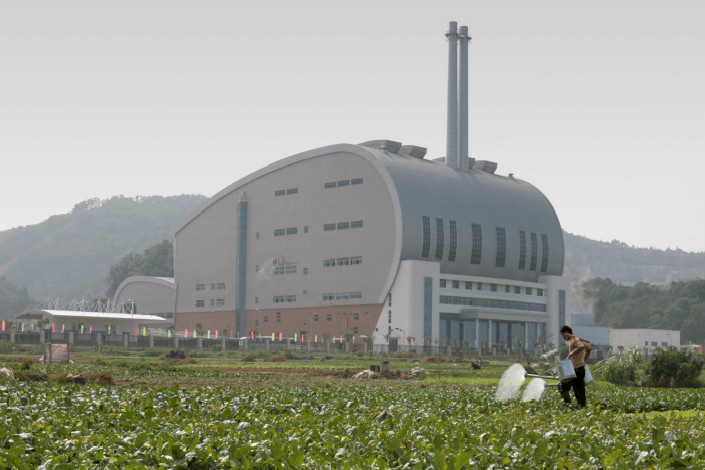 China National Chemical Engineering Co. Ltd. said it has signed a contract to develop a garbage incineration and power generation facility in the Democratic Republic of the Congo, with a total value of about 2.6 billion euros ($3.1 billion).

The project is one of a growing number of overseas undertakings by big state-run Chinese infrastructure builders, who are trying to export their skills and products honed through China’s own breakneck development over the last three decades. President Xi Jinping has put extra emphasis on such activity through his Belt and Road Initiative, which emphasizes infrastructure building in countries located along the ancient maritime and land-based Silk Roads. China often helps to provide financing for such projects.

The power plant will be located in the country’s capital and largest city of Kinshasa, and the contract will have a three-year term, China National Chemical said in a statement (link in Chinese) to the Shanghai Stock Exchange on Wednesday. The company said the amount is roughly equivalent to one-third of its total revenue last year.

“This project is the first for sustainable urban development signed by China National Chemical Engineering aimed at helping Africa alleviate poverty under the framework of the Forum on China-Africa Cooperation,” the company said, referencing a forum whose first meeting occurred in 2000.

It added the project was also part of its globalization efforts.

Based in Beijing, China National Chemical Engineering earned a profit of about 1.6 billion yuan ($251 million) last year on revenue of 58.6 billion yuan. The revenue figure was down about 10% from 2015. The company’s profit plunged by nearly half over the same period due to a slowdown suffered by many infrastructure specialists as the nation’s spending decelerates after a three-decade build-up. As that happens, such companies are looking for offshore deals to offset the slowdown at home.