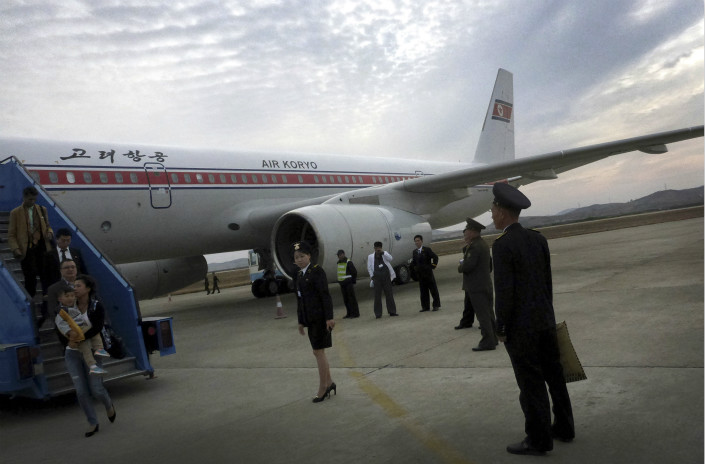 The flights to the Sichuan province city, one of the biggest in China's vast western region, could start as early as late June if approved by China’s aviation regulator, the officials told Reuters on condition of anonymity.

“At the moment this is still a plan. Whether it can actually take off will be impacted by the policy environment going forward,” said one of the officials, who said an application to the regulator had not yet been submitted.

“Now perhaps it’s Chengdu, afterwards could be Dalian, Guangzhou. If there’s a market we'll fly, if not we won’t,” he said, noting Chinese travel agencies were involved with marketing the flights to potential customers.

China has traditionally been politically isolated North Korea’s closest ally but ties have been frayed by Pyongyang’s nuclear weapons program and Beijing’s backing of tough U.N. sanctions in response.

Relations have, however, improved of late.

Air Koryo already offers regular flights from Pyongyang to the northern cities of Beijing and Shenyang, and the eastern port city of Shanghai. Revenues from Chinese tourists would provide a welcome boost to North Korea's closed economy.

Tourists from China account for about four-fifths of foreign visitors to North Korea, says South Korean think-tank the Korea Maritime Institute, which estimates tourism generates revenue of about $44 million each year for the underdeveloped country.

Air China Ltd. indefinitely suspended flights from Beijing to Pyongyang in November, citing a lack of demand. Those were the only flights by a Chinese carrier to North Korea.