Malaysia May Renegotiate Some Deals With China 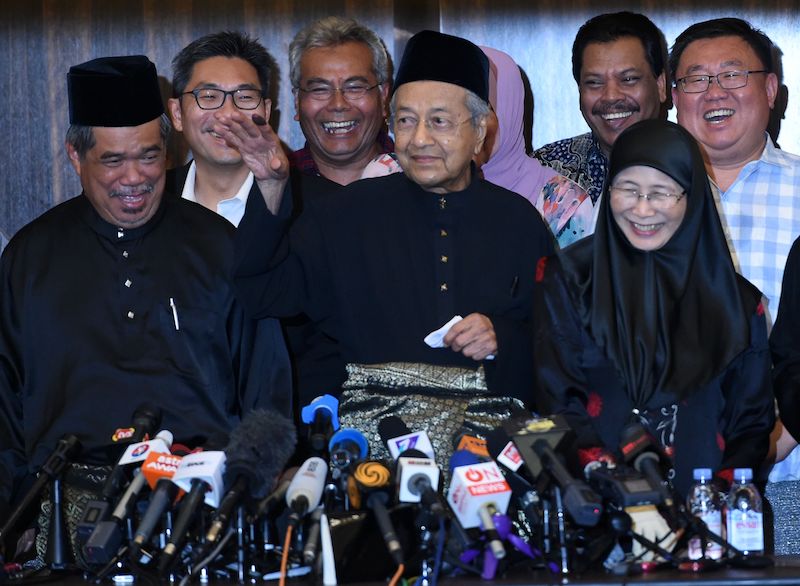 Newly-elected Malaysian Prime Minister and opposition candidate Mahathir Mohamad (Central) waves to the media after a press conference in Kuala Lumpur on May 10, 2018. Photo: VCG

Malaysia may renegotiate some deals with China, former Prime Minister Mahathir Mohamad said Thursday, hours after his coalition secured a stunning election win against the government of Najib Razak.

Mahathir said that his government will most likely reverse some policies implemented by the long-ruling Barisan Nasional coalition, including a highly unpopular goods and services tax.

The 92-year-old leader told a news conference that he supports China's Belt and Road Initiative, but said Malaysia reserves the right to renegotiate terms of some agreements with Beijing, if necessary.

“We have no problem with that (Belt and Road Initiative), except of course we would not like to see too many warships in this area because (a) warship attracts other warships," he said.

A Nomura report last month showed that Malaysia is one of the largest beneficiaries of Chinese investment commitments in Asia, securing $34.2 billion of Belt and Road-related infrastructure projects. This has prompted critics to accuse Najib of “selling” Malaysia to the Asian powerhouse.

Asked about the idea of renegotiation, Chinese Foreign Ministry spokesman Geng Shuang did not address the issue directly but said the two countries’ relations were developing well.

“This is worth both sides cherishing and safeguarding,” Geng said at a regular news briefing in Beijing.