An Era Ends at Anbang as Founder Sentenced to Prison 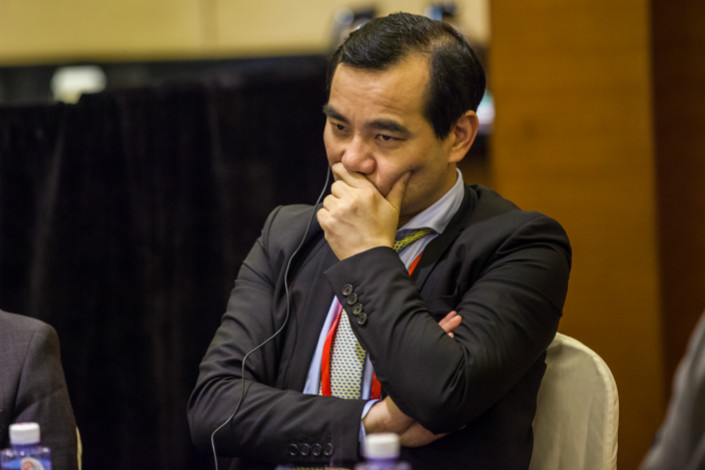 Wu Xiaohui, the 52-year-old founder and former chairman of Anbang Insurance Group, has been sentenced to 18 years in prison for fundraising fraud and embezzlement at his financial empire.

The Shanghai No. 1 Intermediate People's Court announced the sentence Thursday, according to the official Xinhua News Agency.

The court confiscated 10.5 billion yuan ($1.65 billion) of Wu's assets, and said his political rights would be suspended for four years.

The court found that between 2011 and 2017, Wu fabricated information in the financial reports of Anbang's property insurance subsidiary, Anbang Property and Casualty Insurance Co. Ltd., to illegally obtain regulatory approval to sell insurance products. It also found that he swindled retail investors out of 65.2 billion yuan — the amount that hasn't been paid back to Anbang Property.

In addition, the court found that Wu took advantage of his post by embezzling 10 billion yuan of insurance premium income raised by Anbang Property.

The guilty verdicts are the same as the accusations proposed by the Shanghai prosecutor's office.

During the trial hearings that took place on March 28, which was live-blogged by the court, Wu initially disputed the charges. But by the trial's conclusion, he had admitted his guilt, according to a court statement.

The sentencing of the chairman of China's third-largest insurer made headlines around the world.

Founded in 2004, Anbang started out as a car insurance company with registered capital of 500 million yuan, and now runs a conglomerate with around 2 trillion yuan in assets and focuses on insurance, banking, investment, hotels, and property development. The conglomerate has been a high-profile global shopper, picking up assets that included New York's luxury Waldorf Astoria hotel.

The police began investigating the insurance giant in March 2017. As soon as Wu learned of the action, he ordered Anbang's senior executives and key employees to flee China or take leave to avoid being investigated, prosecutors alleged.

Soon after it was announced that Xiang Junbo, former head of the China Insurance Regulatory Commission (CIRC), was being investigated for graft in April 2017, Wu did an interview with The Beijing News, an unusual move that may have indicated that the businessman was concerned about being detained. The CIRC began its probe into Anbang the following month, Caixin learned.

In June 2017, Anbang said in a statement that Wu could not perform his duties due to personal reasons. This statement was released shortly after Wu was detained by police, sources familiar with the matter told Caixin.

Anbang was taken over by China's insurance regulator in February because it had struggled to repay its customers. Wu's era had finally come to an end.

During its short lifespan, Anbang has obtained regulatory permission to operate a variety of financial businesses, ranging from car, health, life and property insurance to banking, asset management, financial leasing and brokerage services.

Players in the insurance industry told Caixin that Anbang had the capacity to “push regulatory limits” and convince regulators to revise rules due to Wu's close ties to CIRC officials.

Political connections had helped Wu for a long time.

His most recent wife is a granddaughter of late Chinese leader Deng Xiaoping. In a meeting in late 2014, the Deng clan concluded that none of its members had links to Anbang, a person close to the clan told Caixin.

People close to Wu described him as an aggressive figure with an “oppressive” personality. Wu was good at leveraging his ties to key political figures to achieve his business ambitions, they told Caixin.