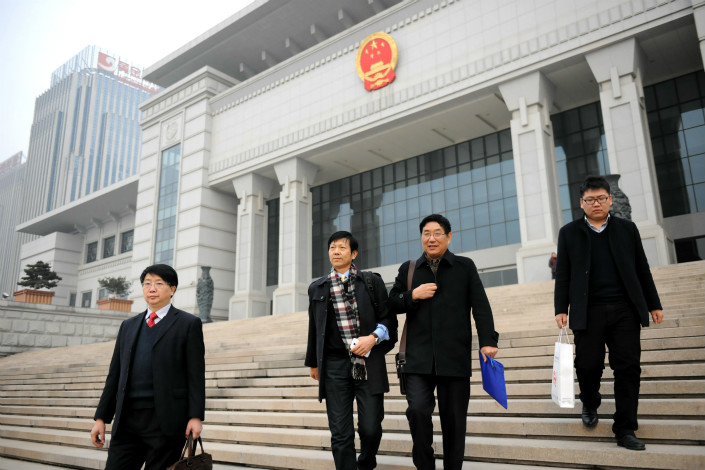 Is freedom worth more than $45 a day? Chinese courts don’t think so.

The country’s top judicial authorities have raised the amount of compensation given to people who are wrongfully imprisoned, but the amount still falls short of what legal experts argue is adequate.

Courts at all levels are now required to pay 284.7 yuan ($45) per day for those unjustly imprisoned, an increase of 26 yuan per day, according to a notice released by the Supreme People’s Court and the top prosecutor’s office.

The amount is based on the average daily wage for urban workers in China’s nonprivate sector, and is required by the country’s State Compensation Law.

Last year, workers in this sector earned an average of 74,318 yuan annually, or 284.74 yuan a day, according to China’s National Bureau of Statistics.

But the amount has long been criticized by legal professionals, including Ma Huaide, a prominent Chinese law professor, for being too little to deter miscarriages of justice, mostly by police.

Judicial authorities should triple or quadruple the amount, said Ma, who is also a vice president of the China University of Political Science and Law in Beijing.

Families of those executed but later exonerated are given an additional 20 times the average annual salary of an urban worker, an amount Ma said should be doubled.

Parents of Nie Shubin, who was executed in 1995 after being convicted of murder and rape but was subsequently exonerated in December 2016, asked for 14 million yuan in compensation for their son’s wrongful conviction and death.

But a court last year granted his family only 2.7 million yuan — 1.26 million yuan in compensation for the wrongful execution, 1.3 million yuan for the mental trauma his family went through, plus 64,000 yuan in daily spending for his parents.

And for the 279 days Nie was imprisoned, the family received only 52,579 yuan in compensation in accordance with the law.