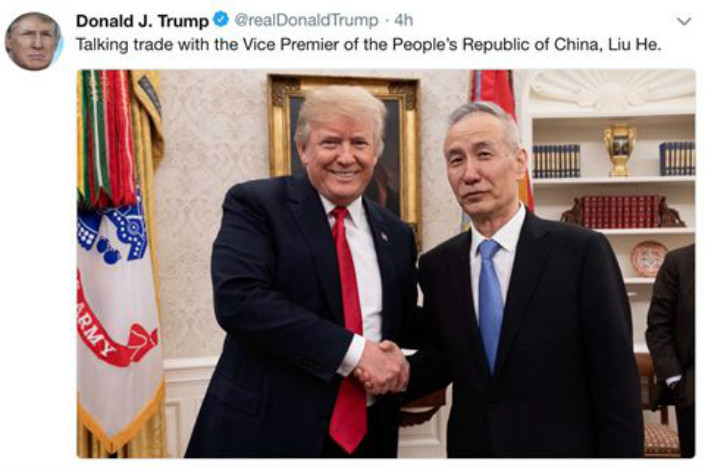 *People’s Daily disputes Reuters report that China had offered to slash the country’s trade surplus with the U.S. by up to $200 billion a year

(Beijing) — China abruptly terminated an anti-dumping probe into imported U.S. sorghum on Friday, a signal that Beijing is trying to lower tensions with Washington as the latter seeks a more-balanced trade relationship.

China first launched the probe into state support for U.S. sorghum producers in February, and made a preliminary ruling against American imports on April 18.

The Ministry of Commerce said it was terminating (link in Chinese) the probe after receiving comments from the Chinese livestock industry saying the anti-dumping measures would be likely to push up costs, which would then be passed on to the public. The ministry said such actions were not in the public interest.

It added that many pig farmers who rely on sorghum to feed their livestock were already facing difficulties due to weak pork prices. It said any deposits collected as a consequence of the preliminary anti-dumping ruling will be refunded.

China’s imports of the U.S. grain surged to 4.76 million tons last year from 317,000 tons in 2013, while their price declined by 31% over the period to $200 per ton in 2017. The price drop has caused real damage to Chinese producers, said Wang Hejun, head of the ministry’s Trade Remedy and Investigation Bureau, in a separate statement following the ruling.

The announcement came several hours after Reuters reported that Chinese negotiators in Washington had offered to slash the country’s trade surplus with the U.S. by up to $200 billion a year. The U.S. delegation asked for a reduction by that amount within two years during trade talks between the two sides earlier this month in Beijing.

Later on Friday, People’s Daily, the Communist Party’s official newspaper, reposted a statement that cast doubt on the Reuters report, calling it a “misinterpretation” and “total nonsense,” according to the official WeChat account of People’s Daily.

The administration of U.S. President Donald Trump has been pressing China to reduce its large trade surplus with America since taking office last year, and in April proposed protectionist tariffs on up to $50 billion in Chinese imports to pile on the pressure. China responded with its own proposed countermeasures, and now the two sides are holding high-level talks to try to prevent a trade war.

Vice Premier Liu He, President Xi Jinping’s top economic adviser, is visiting the U.S. this week with a team of senior Chinese economic and financial officials for the second round of those talks. Chinese agricultural officials were also among the delegates.

Liu met with Trump on Thursday in Washington, but neither side issued any official statements.

“Under the direction of the two countries’ leaders, the China-U.S. relationship has made significant progress,” the official paper People’s Daily said in an article on its international news site. It added that the relationship between the two countries is at a “crucial point” and called for mutual respect.