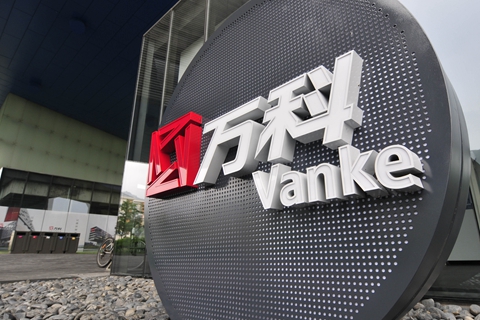 As of May 17, Baoneng cut its holdings in Vanke to 22.8% from 25.4%, according to data released Monday by the Hong Kong stock exchange. Baoneng remains the second largest shareholder of Vanke, behind Shenzhen Metro Group with 29.4%, according to exchange filings.

Since April, Baoneng has stepped up sales of Vanke shares amid tightening regulatory scrutiny after its failed takeover of Vanke. In January, Baoneng came into the spotlight after a Vanke director publicly criticized Baoneng for dragging its feet on disposing of the shares it held in violation of new rules.

Baoneng, through its subsidiary Shenzhen Jushenghua Industrial Development Co., set up nine asset management plans (AMPs) in 2015 to fund its hostile takeover bid for Vanke, one of China’s largest home builders. For every 1 yuan Jushenghua invested in the AMPs, it borrowed 2 yuan through the plans — a leverage ratio of 1:2.

Although the takeover bid failed, Jushenghua and another Baoneng unit had built up a 25.4% stake in Vanke as of July 2016.

The highly leveraged acquisition became a target of a regulatory crackdown after the securities regulator last year issued a new rule prohibiting leveraged AMPs from rolling over their debts. As the AMPs have started to come due since November, Jushenghua has had to liquidate holdings to comply with the new rule.

In mid-April, Jushenghua closed out its first matured AMP by selling 89.72 million Vanke shares, or 0.81% of those in circulation, through block trades to a brokerage arm of Ping An Insurance Group.

Since then, Jushenghua has dumped 287 million Vanke shares held by the AMPs, or a quarter of the 10.3% Vanke stake held through the plans, according to exchange files.

Three of the nine AMPs have been liquidated, data from the Hong Kong exchange shows.

Based on Vanke’s share price, Jushenghua has profited by about 2.74 billion yuan ($429.5 million) from the share sales. As of May 17, the remaining six AMPs still held 7.75% of Vanke with a market value of more than 23 billion yuan.

Baoneng hasn’t sold any of the Vanke shares that are directly held by its subsidiaries, exchange filings show.

On Friday and Monday, block trades involving 86.98 million more Vanke shares were completed with a total value of 2.2 billion yuan. It is unclear whether the transactions involved Baoneng. The company didn’t reply to questions from Caixin.