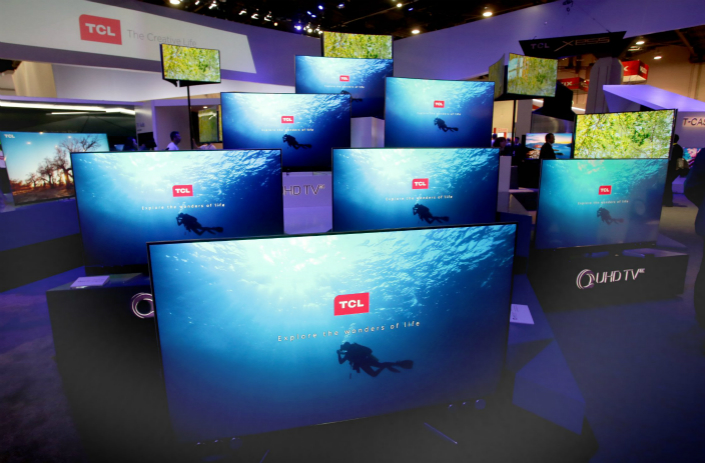 The new facility, which will be in the southern city of Shenzhen, will be able to churn out 90,000 LCD screens each month after mass production begins in March 2021, TCL said in a filing to the Shenzhen Stock Exchange (link in Chinese) on Wednesday.

An 8K panel displays images that have 16 times the resolution of high-definition TVs, while OLED screens provide a sharper color contrast than their LCD counterparts and are bendable.

“We expect demand for 8K TVs will grow exponentially from 2019, especially after Japan announced its intention to broadcast the 2020 Summer Olympic Games via 8K resolution,” TCL said, adding that its investment will help it focus on China, expected to be the world’s largest market for such panels in the coming years.

Beijing has made the country’s panel industry a part of its national development plan and is providing strong support for the sector as it tries to move away from lower-end manufacturing into more high-tech products.

TCL rival BOE Technology Group Co. Ltd. has announced a partnership with the city government of Wuhan, Hubei province, and a local fund that’s also based in Hubei to build a plant to produce 10.5-generation LCDs.

The facility will cost 46 billion yuan and begin operation in 2019, with an initial monthly capacity of 120,000 panels, mostly for LCD screens of 65 inches and larger.