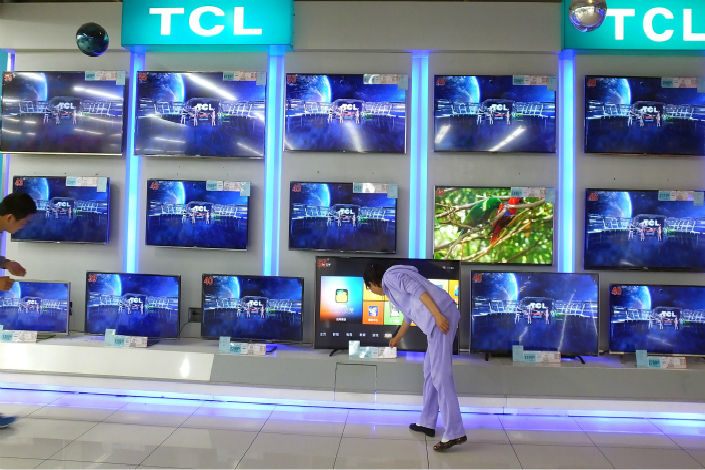 TV giant TCL Corp. said it will sell a stake in its internet television unit to leading social media firm Tencent, in the latest example of growing ties between hardware makers and an increasingly sophisticated field of online entertainment providers.

TCL said Tencent Holdings Ltd. will pay 450 million yuan ($66 million) for about 17% of its Thunderbird Technology division, which makes smart TVs and complementary services supplied over the internet, according to a statement from TCL Multimedia Technology Holdings Ltd., the company’s Hong Kong-listed unit.

Following the investment, the registered capital of Thunderbird, which was founded in May, will rise to 120 million yuan from a previous 100 million yuan, the statement said. TCL added that revenue from its internet television division rose 63% last year to 72.4 million yuan.

TCL said the new partnership aims at bringing in Tencent’s expertise as an internet company and a supplier of value-added services to its own internet TV business, which has 20 million active users.

“This strategic cooperation provides not only funding support for the development of smart television business, but also establishes a joint operation team for both parties,” TCL said. “It will increase business operation value through big television screens for family entertainment, and deepen the cooperation in product upgrade and innovation, market resource synergies and membership coherence, so as to achieve a strategic cross-boundary complementary effect on resources.”

The Hong Kong-listed shares, which mostly consist of TCL’s TV assets, are down 20% over the last year, amid concerns about sliding popularity of traditional TVs as more people watch video programs on their desktop computers, tablets and smartphones. TCL Multimedia’s latest quarterly results showed its revenue rose 15% in the first three months of the year, but its operating profit fell 23%, reflecting shrinking margins as it attempts to keep its market share.

The tie-up marks at least the second one for TCL and Tencent. In 2012, the pair jointly developed a large screen smart TV that incorporated a video player, a music player and a photo album.